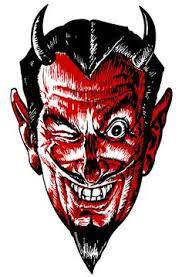 BND.com: An Illinois school district is defending an after-school program being offered by The Satanic Temple, a national religious and human rights group. Many parents are reportedly furious over the meetings that will be held at Jane Addams Elementary School in Moline.

The Satanic Temple does not believe in Satan, according to its website, nor will it attempt to convert children to Satanism. Instead, the club will teach children about benevolence and empathy, critical thinking, problem solving, creative expression and personal sovereignty, according to a widely-circulated flyer shared on social media.

Children grades 1st through 5th are eligible for the club and their meetings begin Thursday, Jan. 13.

Here’s the thing. Nobody’s going to go to this stupid thing. This is created simply for the media attention. These people are just anti-Christian zealots who have a hole in their lives they attempt to fill with hatred, condescension, and superiority.

This is created so that the school board has to vote on it and then reporters get some clickbait. Ignore their antics. They are sad empty people who don’t even believe in what they espouse. They actually say they don’t believe in what they espouse. They SAY they’re a Satanic club but then on the down low they say “Oh, we’re not really satanists. We just say that to get attention. We’re just atheists.”

Here’s the thing. If you have to lie about who you are, that should tell you something.

The interesting thing to me is that they demand their rights to be included in public schools but they ignore where those rights come from. According to our founding documents those rights are endowed to us by…well you know the thing.

They defeat themselves with their own words. They lie at every turn. They deceive. Hmmm. And they say they’re not Satanists.