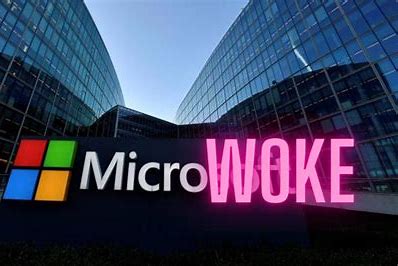 As if we needed another reason to distrust Microwoke.

Microsoft has included a new function in the latest version of its Word software that acts as a checker for inclusivity and offers PC alternatives to phrases which could upset others.

Traditionally, Microsoft Word has offered tools to its 250million users such as checking software for spelling, punctuation and grammar.

But now, the tech giant has added an additional feature which reads through a user’s work and examines whether the language used may offend an individual.

The function, which produces a purple line beneath words or phrases it deems to be potentially problematic, can be turned on and off in Word’s settings.

How about you don’t correct me? And what happens if you reject the woke alternative? Are you put on some kind of list? The new Domestic Terror Department will be informed and you’ll be raided within hours.