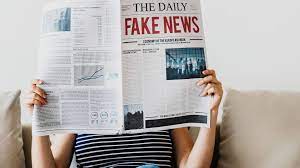 Ok. This one is hilarious.

NBC News posted a long article on…well I’ll just give you the headline and you can clearly see what it’s about.

NBC News: Religious women have abortions, too. And many faiths affirm abortion rights.
It’s long overdue for the American public to recognize the diversity of religious positions in the abortion debate in this country — and for our courts to honor them.

You get it, right? Propaganda 101. No surprise there. But hold on, it gets so much worse.

Here’s how it started:

The abortion debate is largely presented as a stark divide between secular people who support access to abortion care and religious people who oppose it. This false binary has obscured the diversity of religious positions on the issue, particularly of those who support abortion access. While Jewish support for abortion has been recognized on some occasions, support for abortion rights in Christianity, Islam and other religious traditions has largely been ignored.

Robust media coverage of Christian opposition to abortion, in particular, has amplified the anti-choice Christian perspective in the public debate. But it’s actually a minority position.

With media attention trained on Friday’s March for Life in Washington and the upcoming anniversary of Roe v. Wade — perhaps the last, as an increasingly conservative Supreme Court might strike it down later this year — it’s important to correct this mistaken characterization of religious Americans’ views on abortion.

OK. Yeah, us pro-lifers know all the super robust media coverage we get, amiright?

But it also says, “With media attention train on Friday’s March for Life in Washington” which struck me as funny. Every year me and a few 100,000 of my pro-life friends walk the streets of the Capitol and it’s like we’re ninjas. Nobody sees us, hears us. We get practically no coverage.

But hold on, NBC News, when they talked about ALL THE MEDIA ATTENTION the March for Life was getting they provided a link to another NBC News story. Hmmm. I clicked.

March for Life Returns to DC: What to Know, Street Closures
Here’s what to know about the March for Life 2022 in Washington, D.C., including road closures and the schedule

Hahahahaha!!! It’s literally about how to avoid the March for Life if you’re traveling in DC. That’s the example they used for calling it “Robust media coverage” and “with media attention trained on Friday’s March for Life.”