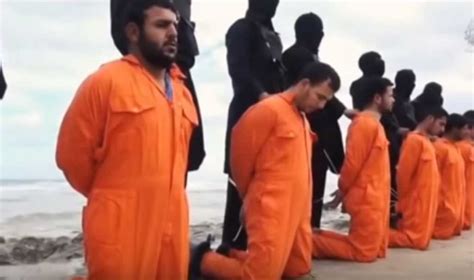 You hear about Christians being persecuted or put on trial for being Christians in India, China, or the Middle East all the time. It’s horrifying but it’s what we’ve come to expect from a large portion of the world.

Western civilization has stood out in this regard, in that it doesn’t attack or prosecute Christians for the crime of being Christian.

An alarming new case, might pave the way for making Christianity prosecutable. It is, of course, because Christian teaching runs counter to the LGBT agenda. The argument is that Christian teaching is a hate crime because it teaches that there are two genders and men and women are different and other wacky crazy nutty things that were accepted by everyone throughout history up until about five years ago.

And if you’re looking at this and say, “C’mon Matt. That’s happening in Finland. This could never happen here” I would tell you to stop day drinking. If it comes down to supporting the LGBT agenda or the rights of Christians to speak about their faith publicly, who will the media, academia, Big Tech, and the Democrat Party support?

The Federalist: Today in Finland, two Christians will stand trial for publicly stating the theological and scientific truth that men and women are different. Finnish Member of Parliament Paivi Rasanen and Lutheran Bishop Juhana Pohjola stand accused of “hate crimes” for affirming basic Christian theology and natural reality concerning the sexual differences between men and women.

One of the three charges against Rasanen includes a count against her for tweeting a picture of a Bible verse in challenging the state church of Finland’s decision to sponsor an LGBT parade. Another charge attempts to criminalize her participation in a 2019 public debate.

If the court finds them guilty, Rasanen and Pohjola could face fines or up to two years in prison. It would also set the precedent of making quoting the Bible a criminal offense in Western countries.

In November, human rights lawyer Paul Coleman told The Federalist that these cases in Finland are a “canary in the coalmine” for freedom of speech in the Western world. Coleman works for Alliance Defending Freedom International, which is assisting the two Finns’ lawyers.

“Part of the scary thing about what’s happening in Finland is that it could happen anywhere else,” Coleman said Jan. 23 on the British show GBNews. Many countries have similar hate speech laws, including states and cities in the United States.

While accused of hate crimes, Rasanen and Pohjola emphatically affirm their love for all people as beautifully created in God’s image and deeply loved by a God who sent his own Son to die an excruciating death to atone for every sin, including all sexual sins. Their aim is not hate but love, they say, another core teaching of Christianity, which also commands its adherents to “love your enemies, bless those who curse you, do good to those who hate you, and pray for those who spitefully use you and persecute you.”

Both are also charged for a booklet Rasanen wrote and Pohjola published in 2004. Pohjola told The Federalist in an exclusive in-person interview in November 2021 that he asked Rasanen to write the booklet because she was qualified, as a medical doctor and the wife of a pastor. That booklet affirms the classic understanding of sex as reserved solely for marriage, and marriage as comprising one man committed to one woman for life.

In spring 2019, the two were suddenly served with criminal charges for writing and publishing this booklet decades ago, well before Finland passed its hate crimes laws on behalf of powerful special interests who dispute the differences between the sexes and their role in procreation. Rasanen and Pohjola have been summoned several times by Finnish police to be interrogated separately for hours about intricate details of their theology.

In their interrogations, the police demanded that Rasanen and Pohjola recant their beliefs. Both refused. Both have also noted the contrast between their country’s claim to be a free and modern democracy that allows for full and open debate and the way they have been treated, as thought criminals.

“If I’m convicted, I think that the worst consequence would not be the fine against me, or even the prison sentence, it would be the censorship,” Rasanen said in a statement ahead of her trial. “I will continue to stand for what I believe and what I have written. And I will speak and write about these things, because they are a matter of conviction, not only an opinion. I trust that we still live in a democracy, and we have our constitution and international agreements that guarantee our freedom of speech and religion.”

Thank God there are still Christians like these to bravely stand up. I pray that we all have that kind of courage.

In the end, it is always the martyrs that provide inspiration to so many others. While they are struck down, they elevate. They inspire all, including the persecutors and those simply looking on. Look at Longinus, who was so struck by Jesus on the cross that he became a Christian.

We must love our enemies, both for ourselves and for them. It is a given that most of the power in our culture resides in the left. Therefore it is only their conversion that can stop this cultural tide of violence and persecution of Christians from increasing.