Masked Kids Forced to Sing Praise of Their School Board. WTH? 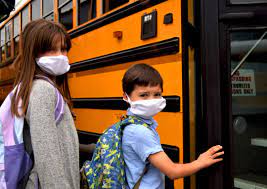 The fact that you can barely make out what the kids are saying because they’re masked is fitting, isn’t it?

WTF! @SGSchoolNews uses tax payer dollars to force masked kids to sing propaganda puff pieces about how great school board members are. What kind of North Korean bull shit is this?!🇰🇵 Do parents realize what their kids are being forced to do in school?? pic.twitter.com/x2kz2osrG7

I watch things like this and I can’t help but wonder how are we losing to these people? How is the left winning? How have they won over Big Media, Big Tech, academia, the education system, Hollywood, Corporations? They’ve won.

And if you resist you are cancelled or called a Russian agent. No, seriously. You will be called a Russian agent. In fact, there have been several mentions in the media that the “Freedom Convoy” going across Canada right now is being covertly supported by none other than Vladimir Putin. So if you take part or support freedom you’re probably an agent of Putin.

My Dad would sometimes say. “The guy who’s more ruthless will eventually win the fight so don’t get into a fight with someone more ruthless than you.”

The way to victory for sane normal people is to refuse to enter into their cage match. That fight is fixed. We are the Washington Generals. We can’t win.

We must set up a parallel world. Don’t play their game.

Your kids will eventually worship God or the school board/state.

In the end, God gave us free will. Others think that was a mistake. I’ll trust God on this one.

I’ll also take this kid over the brainwashed ones thanking the school board.