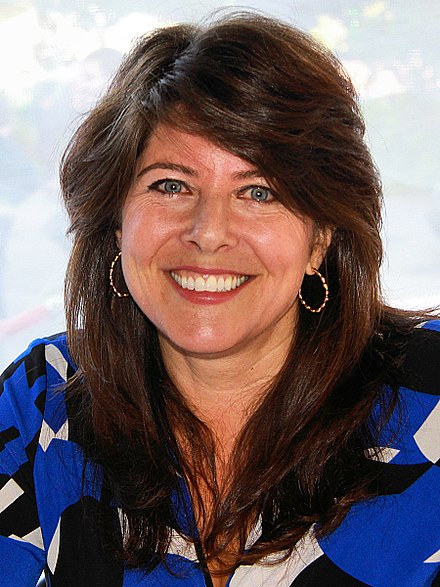 Over the past few years there’s been a crowd watching some public intellectuals struggle with God. As our society crumbles around us, it is normal for people to seek out truth. Real truth.

Jordan Peterson has been the most public example of this. It’s wonderful, I think, to see public intellectuals on their journey towards faith.

I think there’s a space for believers to discuss their worldview. I’ve been doing it for years as have many of you. But I also think there’s a group that I don’t particularly speak to. I’m a believer. A father of five. Happily married. A Catholic. In short, I preach to the choir. I hope some of my writing over the years has led some who questioned their faith to Christ. But what I’m saying is that for the most part I’m preaching to the choir. And I don’t think that’s a bad thing. I never understood the negative connotation that brings.

I’m saying that the journey of a public figure to faith is something that can be of great value. Kanye West’s journey to Christ has been of great interest to many. Is it perfect? No. Is he a spokesperson for Christianity? No. But his journey is fruitful for many. The media has completely turned on him but he’s reaching people.

Jordan Peterson’s journey has been fascinating and frustrating. At times he seems so close but I suspect there’s a certain amount of pride is preventing him from fully embracing Christianity. His daughter seems to be doing so a bit more fully than him. But his trepidations and his questions are exactly what some need to hear because they are on that same journey themselves.

Today, I read a piece by Naomi Wolf. I found it surprising. Naomi Wolf is a pro-choice feminist. She’s right up there with Gloria Steinem and that gang. She was arrested with the Occupy Wall Street people. You get the idea. She’s been at least an agnostic, it would seem. But there’s been something…a little more honest in her than most leftists. She was pro-choice but urged other leftists to admit that the unborn were human. She didn’t like the dodge of it all. It’s monstrous but a little more honest about it.

But the past few years, she’s sensed that there’s something more going on than a materialist universe can explain. She wrote a piece titled, “Is It Time for Intellectuals to Talk About God.” Now, there’s a lot I don’t like about that title. I would argue that plenty of intellectuals have been talking about God. Just because the left doesn’t consider them intellectuals simply because they’re talking about God, doesn’t make them less intellectual. What she really means is it it time for liberals and leftists to talk about God.

Look, I’m not saying Naomi Wolf has completely transformed. She hasn’t. But she seems to me to be taking the first steps. She’s questioning a great deal of what she accepted before. I don’t know where she goes from here but she’ll be in my prayers.

The whole thing is worth reading but I’ll snippet the part particularly about her faith. She wrote at Front Page Mag:

“I confessed at that gathering in the woods with the health freedom community, that I had started to pray again. This was after many years of thinking that my spiritual life was not that important, and certainly very personal, almost embarrassingly so, and thus it was not something I should mention in public.

I told the group that I was now willing to speak about God publicly, because I had looked at what had descended on us from every angle, using my normal critical training and faculties; and that it was so elaborate in its construction, so comprehensive, and so cruel, with an almost superhuman, flamboyant, baroque imagination made out of the essence of cruelty itself — that I could not see that it had been accomplished by mere humans working on the bumbling human level in the dumb political space.

I felt around us, in the majestic nature of the awfulness of the evil around us, the presence of “principalities and powers” — almost awe-inspiring levels of darkness and of inhuman, anti-human forces. In the policies unfolding around us I saw again and again anti-human outcomes being generated: policies aimed at killing children’s joy; at literally suffocating children, restricting their breath, speech and laughter; at killing school; at killing ties between families and extended families; at killing churches and synagogues and mosques; and, from the highest levels, from the President’s own bully pulpit, demands for people to collude in excluding, rejecting, dismissing, shunning, hating their neighbors and loved ones and friends.

I have seen bad politics all of my life and this drama unfolding around us goes beyond bad politics, which is silly and manageable and not that scary. This — this is scary, metaphysically scary. In contrast to hapless human mismanagement, this darkness has the tinge of the pure, elemental evil that underlay and gave such hideous beauty to the theatrics of Nazism; it is the same nasty glamour that surrounds Leni Riefenstahl films.

In short, I don’t think humans are smart or powerful enough to have come up with this horror all alone.

So I told the group in the woods, that the very impressiveness of evil all around us in all of its new majesty, was leading me to believe in a newly literal and immediate way in the presence, the possibility, the necessity of a countervailing force — that of a God. It was almost a negative proof: an evil this large must mean that there is a God at which it is aiming its malevolence.

And that is a huge leap for me to take, as a classical Liberal writer in a postwar world, — to say these things out loud.

As a Jew I come from a tradition in which Hell (or “Gehenom”) is not the Miltonic Hell of the later Western imagination, but rather a quieter interim spiritual place. “The Satan” exists in our literature (in Job for example) but neither is this the Miltonic Satan, that rock star, but a figure more modestly known as “the accuser.”

We who are Jews, though, do have a history and literature that lets us talk about spiritual battle between the forces of God and negative forces that debase, that profane, that seek to ensnare our souls. We have seen this drama before, and not that long ago; about eighty years ago.

Other faith traditions of course also have ways to discuss and understand spiritual battle taking place through humans, and through human leaders, and here on earth.

It was not always the case that Western intellectuals were supposed to keep quiet in public about spiritual wrestling, fears and questions. Indeed in the West, poets and musicians, dramatists and essayists and philosophers, talked about God, and even about evil, for millennia, as being at the core of their understanding of the world and as forming the basis of their art forms and of their intellectual missions. This was the case right through the nineteenth century and into the first quarter of the 20th, a period when some of our greatest intellectuals — from Darwin to Freud to Jung — wrestled often and in public with questions of how the Divine, or its counterpart, manifested in the subjects they examined.

It was not until after World War Two and then the rise of Existentialism — the glorification of a world view in which the true intellectual showed his or her mettle by facing the absence of God and our essential aloneness — that smart people were expected to shut up in public about God.

So – it’s not wacky or eccentric, if you know intellectual history, for intellectuals to talk in public about God, and even about God’s adversary, and to worry about the fate of human souls. Mind and soul are not in fact at odds; and the body is not in fact at odds with either of these. And this acceptance of our three-part, integrated nature is part of our Western heritage. This is a truth only recently obscured or forgotten; a memory of our integrity as human beings that had been, only for the last seventy years or so, under attack.

So — I am going to start talking about God, when I need to do so, and about my spiritual questions in this dark time, along with continuing all of the other reporting and nonfiction analysis I always do. Because I have always told my readers the truth of what I felt and saw. This may be why they have come with me on a journey now of almost forty-three years, and why they keep seeking me out — though I have in the last couple of years — after I wrote a book that described how 19th century pandemics were exploited by the British State to take away everyone’s liberty, hm — been pulped, deplatformed, canceled, re-canceled, deplatformed again, and called insane by dozens of the same news outlets that had commissioned me religiously for decades.

It is time to start talking about spiritual combat again, I personally believe. Because I think that that is what we are in, and the forces of darkness are so big that we need help. Our goal? Perhaps just to keep the light somehow alive – a light of true classical humane values, of reason, of democracy, inclusion, kindness – in this dark time.

What is the object of this spiritual battle?

It seems to be for nothing short of the human soul.

One side seems to be wrestling for the human soul by targeting the human body that houses it; a body made in God’s likeness, so they say; the temple of God.

I am not confident. I don’t have enough faith. Truth is, I am scared to death. I just don’t think just humans alone can solve this one, or can win this one on their own.

I do think we need to call, as Milton did, as Shakespeare did, as Emily Dickinson did, on help from elsewhere; on what could be called angels and archangels, if you will; on higher powers, whatever they may be; on better principalities, on whatever intercessors may hear us, on Divine Providence — whatever you want to call whomever it is you can hope for and imagine. As I often say, I’ll take any faith tradition. I’ll talk to God in any language — I don’t think forms really matter. I think intention is everything.

I can’t say for sure that God and God’s helpers exist; I can’t. Who can?

But I do think we are at an unheard-of moment in human history — globally — in which I personally believe we have no other choice but to ask for assistance from beings — or a Being — better armed to fight true darkness, than ourselves alone. We’ll find out if they exist, if He or She exists, perhaps, if we ask for God’s help.

At least that’s my hope.

Which I guess is a kind of a prayer.”