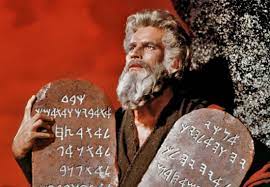 I keep hearing I’m supposed to #followthescience. But the science is always changing. I’ll just follow the morality. It doesn’t change. Ever.

When people say #followthescience they really mean listen to what the politicians tell you to do. That way lies tyranny. That’s what they’re endorsing, though they might not even know it. Some people might not be telling you to listen to the politicians, they may simply be saying “Listen to ME!!!” or “do what I say!!!”

Once the federal government begins doling out millions in grants to scientists the scientists themselves are eventually bought and paid for. It’s human nature. If you want to continue receiving the funding, perform studies that have the approval of those handing out the money.

That’s how you get studies coming out funded by Fauci that the Covid virus came from a wet lab and not the Wuhan lab.

The eugenics movement last century believed they were following the science. How’d that end up?

This guy followed the morality. Not the science.