Well, that’s a good time for a baby food shortage. 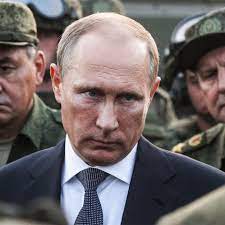 Here’s the headlines about baby formula shortages because of Putin:

There’s a great piece at The Public Discourse on choosing to have children later in life. I found it pretty illuminating.

I do not know if it would have been better if childbearing had unfolded according to our plans, but I do know that the culture’s recommended reproductive schedule for the young, ambitious and educated is one-sided, and that it is not good for society’s leadership classes to be this close-minded about such a fundamental part of being human.
For example, Elizabeth Bruenig sparked meltdowns last year with a Mother’s Day declaration that she did not regret becoming a mother at twenty-five. She and her editors knew the backlash was coming, even though her piece was amusing, observant and reflective. Her best insight was that trying to find oneself before having children is overrated, because not only are our identities always changing, but they are also best defined by relationships. So if you want to be a parent, don’t wait; your kids are not going to care about the carefully curated, Instagram-ready identity you used to have. If becoming a parent does not change who you are, you’re doing it wrong.
The Risks of Waiting
There are also reasons to be concerned about waiting too long to have children. Leading the list are the increased risks that advanced maternal age poses to the mother and her baby. Pregnancy at thirty-five and older is sometimes bluntly described as “geriatric” and it is more prone to the natural shocks that flesh is heir to. Professional-class parents have a reputation as overprotective, but they often increase the risks to mother and child by delaying childbearing.
Of course, to brave these dangers women must first become pregnant, which becomes more difficult with age. Despite our cultural expectations, the female reproductive system begins declining around age thirty. Which is to say that the culturally-favored reproductive strategy for educated professionals is to wait to have children until female fertility is on the downswing. Having children during one’s best childbearing years is seen as, and statistically is, lower-class—the prejudices of the educated are sometimes stupid.

Read the entire thing. It’s worth it. C’mon, what else are you doing with your day anyway?