How Many Words Are We Going to Change? 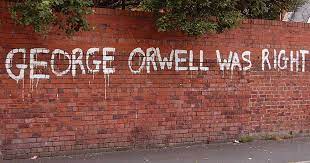 These are just some of the words the left is changing before our eyes.

The dictionary is supposed to describe reality. The left uses it to distort and change reality.

I’m not even talking about the terms “mostly peaceful” being applied to burning and looting cities or “voter suppression” being used to describe voter identification laws, or “domestic terrorist” being applied to moms and dads who attend their school board meetings to question why kindergarteners are learning gender queer theory.

Glenn Beck goes off on it here:

The thing is they’re doing it right in front of us. And they don’t care if we see it and mock it because they know that their side supports it and if we start making inroads with the truth they’ll just cancel us online.

If we don’t go along with the new word we’re simply shadow banned or suspended by social media. And that way, all the people online fall under the impression that the debate is over. That’s how we lose.

They don’t have to convince us. They just need to silence us.

Look at what happened to gay marriage in this country. It was voted down everywhere. The media went all in and the US Supreme Court mandated it and a few years later a large majority of the people support the new definition of marriage. It’s a war of attrition.

In the end, what often happens is that the left is changing so much we get caught up fighting the new fight and then we lose the old fight. But in the end it’s all very simple. It’s a Christian worldview or a secularist one.

That is the choice. They can tweak the definition in the dictionary but they can’t change truth.