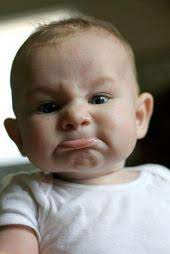 This is what we’ve worked so hard for, to get the political issue of abortion into the states. But this is a fail. Kansas rejected this pro-life amendment. Big Abortion poured money in from out of state to defeat this amendment.

We’ve got to be able to do the same. States are where the political battle is now. We need to get engaged in saving lives. The ground has shifted. After a half century of hard work and struggle we’ve won the right to debate the issue in each state. We can’t afford to lose in the states.

We’ve done so much good work winning the hearts and minds of people on this issue, we must also not forget the political battle.

We must be praying on the sidewalks, we must be helping out our local crisis pregnancy centers, and fighting the political battle as well.

This is not a defeat. This is a setback.

The voters of Kansas have decided: Their state constitution does provide a right to abortion.

“I think we just need everyone who was engaged with this to stay engaged and we can show that we can do great things,” Sykes said as a pro-abortion crowd celebrated at a watch party in Overland Park, just over 60 miles east of the state capital of Topeka.

Kansans cast votes during Tuesday’s primary election on the pro-life Value Them Both amendment, which stated that the Kansas Constitution doesn’t include a right to abortion, nor is the state government required to fund abortion.

Abortion currently is legal in Kansas up to 22 weeks of pregnancy. The failure of the pro-life amendment does not immediately change state abortion law.