On Eve of School Year, Remember that the Biden Admin Revoked Free Lunch Program for Schools in Non-Compliance with LGBT Agenda. 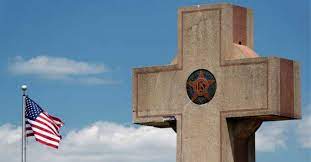 I suspect this has been kind of forgotten about by many or ignored. But the federal government will not be ignored, especially when it comes to enforcing the LGBT agenda on Catholic schools.

The left has tried hundreds of lawsuits to attempt to restrict religious freedom in Catholic schools. They’ve failed. So now, the Biden administration is trying something different. They’re threatening removing children’s lunches if the schools don’t enforce their woke rules.

The left says they care about children. They care so much they’re willing to threaten poor children’s lunches so that boys can use girls’ bathrooms and religious schools give up their right to hire and fire for mission.

Catholic News Agency: Catholic school leaders need to be aware that their schools could be cut off from the federal government’s free and subsidized lunch program if their policies don’t comply with the Biden administration’s revised rules against LGBTQ discrimination, experts warn.

The broadened definition now also applies to the National School Lunch Program, a federally funded meal assistance program administered by the Department of Agriculture that provides subsidized or free lunches to more than 30 million public and private school students from low-income households.

That change promises to put pressure on religious schools not aligned with the Biden administration’s LGBTQ agenda, especially those serving low-income populations that rely heavily on the federal funds.

One private school, Grant Park Christian Academy in Tampa, Florida, managed to secure a religious exemption last week from the state’s agriculture department — but the school had to file a lawsuit first to get it.

And Grant Park Christian’s religious exemption “was the only one approved by the federal and state government,” said Erica Steinmiller-Perdomo, legal counsel with the nonprofit Alliance Defending Freedom, which represented the school in court.

So, it seems that most schools are flying blind on this and hoping that it was all bluster from the White House. But this will be enforced. Maybe not immediately but it will be enforced and Catholic school leaders will have a moment when they need to decide between government funds and their Catholic mission. It’s coming soon.

I know that some school leaders will submit to the demands of the government. Some will do so gleefully because they get to be forced into doing something they’ve wanted to do anyway. Others, however, will stand up. They will resist. Those are the schools to send your children to. Those are the schools that actually care for children and want to bring them up in truth.

It is not easy to be Christian. It’ll be difficult. That was promised to us. We’ve had an easy run for many years in this country. That time is over. Pray for the strength to be one of those who don’t submit.