Just Don’t Compare Yourself to Lincoln 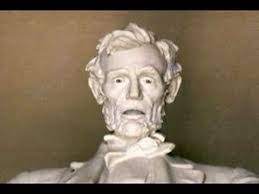 Here’s a good rule. Don’t compare yourself to Abraham Lincoln.

After suffering a well deserved defeat in the Republican primary, Liz Cheney compared herself to none other than Abraham Lincoln. She said, “Abraham Lincoln was defeated in elections for the Senate and House before he won the most important election of all.”

That’s the kind of thing you let other people do.

When playing baseball you don’t tell people that you’re a lot like Ted Williams or when throwing a pass you don’t say you’re Peyton Manning unless you’re drunk or talking trash.

You let someone else say that.

There’s something wrong with someone who compares themselves to one of our Founding Fathers. But I think that’s true. There’s something very off and wrong about our so called elites. They’re shallow. They don’t have real world experience. So many of them are where they are due to nepotism. They look down on regular people. They despise them as lesser beings who need to be shamed into doing the right thing.

Let’s be clear, Liz Cheney doesn’t believe she has a Liz Cheney problem. She believes she has a voter problem, which is to say, a YOU problem.

When she compares herself to Lincoln she’s saying that the people were wrong not to elect Lincoln the first time he ran for office but later they got it right. So, in short, she has a YOU problem. Liz Cheney is the solution to the YOU problem. She doesn’t need to change. YOU need to change.

That narcissism is at the heart of our cultural rot.

Many people in the future will look back on the fall of America and discuss inflationary pressures and border problems but let’s be clear, the rot that is destroying our country is spiritual.

This is a spiritual problem. We are a prideful country. We have forgotten God. That is the problem. Make no mistake. Our country teeters on the edge of destruction because we are ignoring God. We are pretending that truth doesn’t exist.