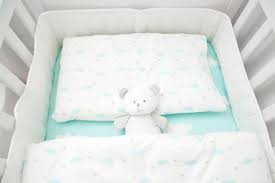 Birth rates are plummeting. Even being locked in our homes for eight months didn’t do the trick. I don’t know what y’all were doing but Netflix isn’t that awesome.

Paul Ehrlich please report to HR because you’re an asshat who scared the world but turned out to be very very very wrong.

The economy is going to tank as all the bills for this socialist utopia we’ve created will come due for a generation we forgot to create. Boom.

The population grays and you have a larger population not working that depend on a smaller generation that won’t be able to support it. Boom.

So we resort to allowing millions of immigrants to make up for the babies we never had. But that leads to a very different population who don’t share similar ideas about the importance of individual liberty or the role of government. Boom.

Yes, this is an economic issue but at its heart it is a spiritual issue. No government policy can save us from this disaster. We turned away from God and we stopped having children. I believe the only thing that can save this country from itself is a mass conversion to Catholicism.

This video is a smarty pants overview interview with Nicholas Eberstadt and doesn’t touch on religion a great deal but he does mention that a religious conversion could change everything. Mary Eberstadt wrote a book on this in which she posited that people lost religion when they stopped having children, rather than vice versa. It’s an interesting take and she’s brilliant so I accept it but I can tell you for sure I had a bunch of children BECAUSE I’m a Catholic.

There’s a ton of good information here if you’re interested in the topic of doom and darkness and all things apocalyptic.