Biden Dragging Us to World War III, One Gaffe at a Time 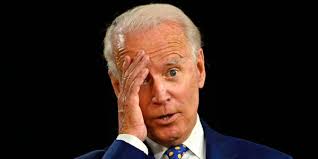 This is insane. Biden made the world worse yesterday and brought the doomsday clock a tick or two closer to midnight.

“Biden on Monday said the U.S. would be willing to defend Taiwan militarily if China were to try and take it by force.

“Are you willing to get involved militarily to defend Taiwan if it comes to that?” Biden was asked at a press conference in Tokyo alongside the Japanese prime minister.

Um. Nope. That’s not a commitment we’ve ever made.

Of course the White House came out later and essentially said that the President doesn’t speak for this administration. We don’t in fact have a red line with China, a nuclear power with a rather sizable army.

We are currently teetering on the edge of war with Russia and now the most popularly elected president of all time just vowed to go to war with China.

Please make it stop. This can’t go on. Thank goodness he has such a capable backup.