Pew says Christians expected to cease being majority in U.S. in less than 50 years 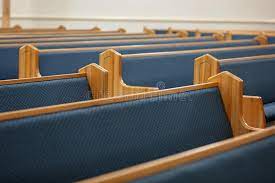 You really can’t predict the future. In the 1950’s you might’ve thought that “if current trends continued” we’d all be millionaires with summer homes on Mars.

I’ll be honest, I can’t read the future either. I just know that what we have here is unsustainable so either there’s a major course correction about to happen or we are entering a very dark age.

JusttheNews.com: Christians in the U.S. may become part of the minority in as little as 50 years if current trends continue, according to projections from one of the country’s premier polling outlets.

Pew Research Center said this week that “if Christians keep leaving religion at the same rate observed in recent years,” the total number of Americans who profess Christianity could drop to well below 50 percent before the century is three-quarters gone.

“Depending on whether religious switching continues at recent rates, speeds up or stops entirely, the projections show Christians of all ages shrinking from 64% to between a little more than half (54%) and just above one-third (35%) of all Americans by 2070,” the Center said.

The Center noted that “religiously unaffiliated” Americans could likewise “rise from the current 30% to somewhere between 34% and 52% of the U.S. population” over the same time period.

Pray for a great conversion event. I do. I believe we will continue manufacturing this dystopian future until something major happens which wakes us up. At this point we need a miracle to save us from ourselves.

I’ve decided. Current trends will not continue indefinitely. My money’s on a miracle.