Let’s be Clear, The “MEEK” Marjorie Dannenfelser Just Kicked All Your Asses 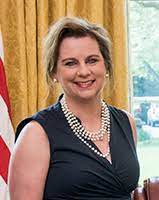 MSNBC recently ran a segment in which CBS Sunday Morning‘s Nancy Giles mocked Marjorie Dannenfelser, head of Susan B. Anthony Pro-Life America for standing “meekly” behind Senator Marco Rubio. As if she were an XX chromosone political prop.

CBS’s Nancy Giles specifically said, “It really makes me uncomfortable that a guy, that a man — even in the press conference, there he is in front with these two meek women standing beside him.”

Insert laughs and chortling among the other MSNBC guests.

Ladies and gentlemen, let’s be clear, Marjorie Dannenfelser has been called many many names the past two decades. Meek isn’t one of them.

Remember that letter that then candidate Donald Trump wrote outlining his promise to the pro-life community to nominate pro-life justices? Many people look at that moment as the one that gave us the Trump presidency which eventually led to the overturning of Roe v. Wade.

Yeah, that was Marjorie.

Before agreeing to chair Trump’s Pro-life Coalition in 2016, she requested a list of commitments in writing from the Republican nominee including the one to strictly nominate pro-life justices to the Supreme Court.

That changed the course of history in this country.

In recent years, the SBA Pro-Life America has knocked on millions of doors, distributed pro-life literature, and assured that the pro-life vote gets out on Election Day.

Dannenfelser and her organization do the work, the hard work of passing legislation, getting pro-life candidates elected, and winning the hearts and minds of voters while these talking heads on news programs chortle, name-call, and roll their eyes.

But while they mock, let’s be clear. Marjorie Dannenfelser is the smiling face of the apocalypse for pro-choicers.

In 2014, The New Yorker ran a piece warning the country about Marjorie. They knew.

Pro-abortion advocates worry about the so-called “intensity gap” that pro-lifers enjoy over the other side. Marjorie Dannenfelser is the intensity gap. Few people in politics have worked so tirelessly with such single-minded of purpose and effort with such astounding success.

For years, pro-abortion politicians have given a name to their pain. That name is Marjorie Dannenfelser.

In that 2010 midterm election, the pro-life group erected billboards in Ohio stating that Steve Driehaus had “voted for taxpayer-funded abortion.” (He did) He accused SBA Pro-Life American of lying about his record. (They didn’t.)

This is what the left does. They attempt to intimidate pro-lifers through the court system. It didn’t work. SBA Pro-Life American took the case all the way to the Supreme Court and won.

Driehaus was last seen wandering the wilderness mumbling Dannenfelser’s name under his breath.

After graduating from Duke, Dannenfelser worked in the office of a Democrat congressman from West Virginia named Alan Mollohan, the co-chairman of the pro-life caucus. That was her first job after graduating.

After her former boss supported the Obamacare in 2010, Dannenfelser’s organization spent thousand of dollars to help defeat Mollohan in the West Virginia primary. Have you heard from Congressman Mollohan since then?

She has built SBA Pro-Life America into one of the most important pro-life political advocacy groups in the country.

So when you hear a talking head from CBS News mocking Marjorie Dannenfelser for standing behind Marco Rubio, please know that it’s because she’s fighting to expand child tax credits for unborn children, increasing access to child support, creating a federal portal of life-affirming resources, and several other initiatives to help pregnant mothers and families in need.

That is not standing meekly. She is the engine behind many pro-life bills. She’s there because she earned her spot to be there by being a generational voice for life, speaking for those who can’t speak for themselves.

So you can mock her, label her “controversial,” and vilify her. That’s their power. They can name call for a national audience. But Marjorie Dannenfelser will just continue acting as an advocate for life, moving the country inexorably towards acknowledging and accepting that every human life is sacred.