The Associated Press Just Called the Confessional a “Clergy Loophole.” 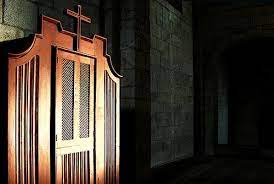 I’m starting to think these people really don’t like us. I mean, what did we do to them?

George Neumayr (I always feel like I’m spelling his name wrong but I’m not, I checked) at the American Spectator writes:

The Associated Press published a piece this week casting the confessional seal as sinister. That its reporters would even think to turn a prosaic defense of this venerable privilege into a scandal is a measure of our secularized times. Only until recently would anyone dare suggest that priests be coerced into revealing what they hear in confession. That cause over the years has been restricted to a handful of rabidly atheistic politicians. But now, apparently, the AP has joined it.

To treat the confessional seal as a scandalous “loophole” is a grim joke. The survival of the sacrament of confession obviously depends on its inviolable confidentiality. This really doesn’t even require explanation any more than the lawyer–client privilege needs explanation. Yet the AP treats the Catholic Church’s upholding of this centuries-long privilege as somehow disturbing and uniquely newsworthy, headlining its piece: “Churches defend clergy loophole in child sex abuse reporting.”

The confessional seal belongs to the Church’s essential exercise of religious freedom, which is clearly protected under the First Amendment. But the AP spins the seal as a nefarious defense of sex abusers in particular. One of the article’s subheads inanely reads, “Sex abuse confessions shielded by clergy-penitent privilege.” Since the confessional seal applies to all confessions, such a subhead is meaningless and misleading. One could say the same about any crime or sin. To make it about sex abuse is a crude smear.

This is almost as disgusting as Newsweek saying the rosary is the new AR-15.

Is there any other group that our elites feel they can attack without any consequence or merit?