British Nurse Shocked When People are Outraged After She Said, “Tory Voters Do Not Deserve to be Resuscitated.” 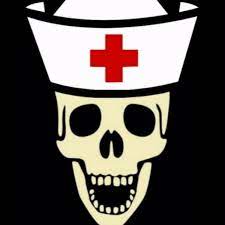 Registered nurse Miranda Hughes says she is being sacked for saying Tory voters do not deserve to be resuscitated by the NHS.

Does she deserve to lose her job? pic.twitter.com/kimJqI7V4H

This maniac went on a national television show and said that conservatives shouldn’t be resuscitated. And now she might lose her job. She’s now saying her job is in danger because she “cares too much.”

Some are saying this is another example of cancel culture from the right. This is a bit different. I don’t like it when someone yells at a cashier at Wax-Mart and loses their Wall Street job. Or if someone gave money to support traditional marriage and then loses their job in a tech company.

That’s cancel culture. What this nurse said was exactly her job. She was talking about her job and said she would allow half the country to die. I don’t see how a company could continue employing her after that.

This is what happens when your faith isn’t front and center in your life. You forget what actually matters. It’s the person in front of you that matters, not what’s trending on twitter or the macro movements in the political world. For so many, politics fills the hole of religion.

The world wants you to forget that each and every life is a gift from God.