Half of Today’s Students Support the Death Penalty for “Hate Speech.” 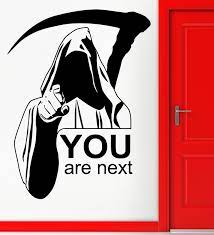 Behind the Black: According to a new poll, half of today’s college students now believe that the death penalty is justified for some people should they dare express an opinion that offends.

Specifically, the students were asked if they agreed or disagreed with the statement:

Violence in response to offensive speech is not a new phenomenon. In some cultures, some types of offensive speech even merit the death penalty. Some speech can be so offensive in certain cases that it merits such harsh punishment.

As shown in the graph to the right, across the board, 43% to 55% of students from private and public schools, from all types of majors, from all levels of income, and from across the political spectrum, all agreed with this statement. The results were remarkably consistent. Tolerance was not their watchword, but oppression and dictatorship. If you say something that offends, half of today’s students feel justified in calling for your death.

“The college student disillusionment with free speech is growing at an alarming pace,” Buckley Program founder and Executive Director Lauren Noble told us. “More students are intimidated from speaking freely, and more students are willing to intimidate others from speaking freely than at any time in the history of the survey. In many ways, America’s undergraduate student body seems to be abandoning the very ideas that made America the great country it is today,” said Noble.

The survey is the eighth time the Buckley Program has surveyed students for their support for the Constitution and the furthest it has found students straying from basic American freedoms and values.

Check out Behind the Black for more.

This has got to send a chill up your spine. God given inalienable rights don’t mean much anymore if your head can be alienated from your shoulders for what comes out of your mouth.

Ok. That was a confusing sentence with a lot going on but you get the idea. Pretty much what I’m trying to say is that young people are stupid because we entrusted evil people to educate them. Now, we’re all doomed. Congrats everyone.