Did The Pope Actually Just Ask People to Send “Good Vibes” In Lieu of Prayers? Is the Pope Catholic? 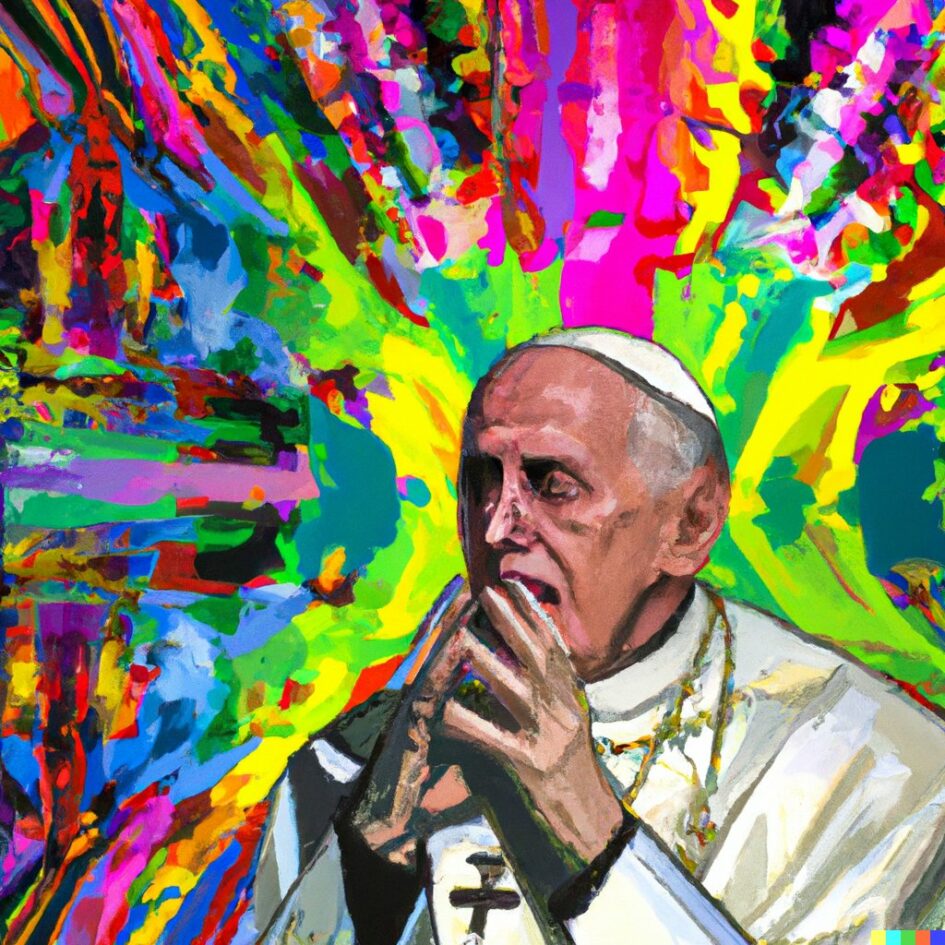 This pope never fails to boggle the mind.

Speaking to a French organization called “Leaders for Peace,” Pope Francis asked the members of the group “not to forget to pray” for him, but he added that “if someone does not pray because he does not know how or cannot, at least send me ‘good vibes.’”

What the actual hell is he talking about?

What does that even mean? Truly. What does it actually mean?

How does that kind of statement bring people closer to knowing, understanding, or following Jesus? It doesn’t. In fact, it just confuses people as to what the Church actually believes.

Here’s the thing. Man has no capability of “sending good vibes” to anyone. We can pray to God. We can ask the saints to pray for us. But we ourselves can not just send vibes out to others.

The belief that we can manifest our own thoughts into reality just by will would make us as gods. That seems like a dangerous thought for Christians.

I don’t know if the pope is confused or just speaking without thinking or intentionally attempting to mislead people. I actually don’t know, which is very sad to say.