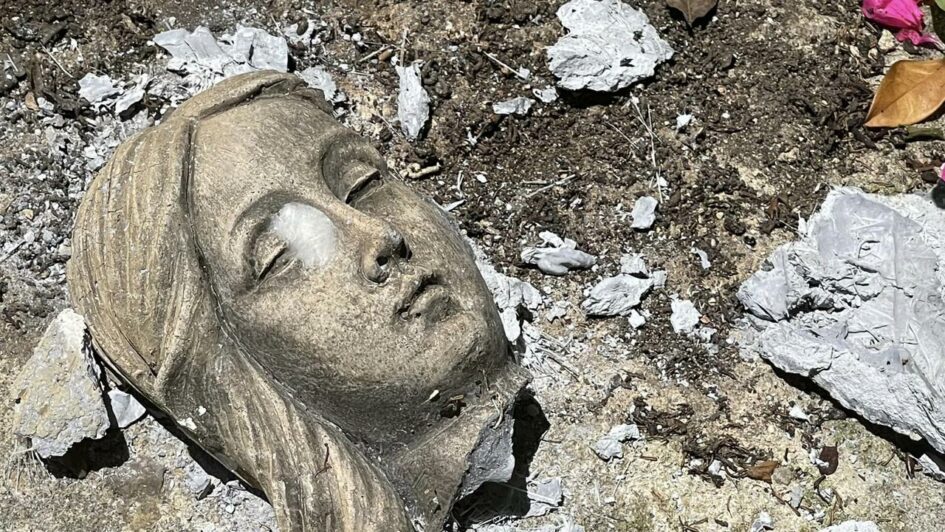 Weeks out from Christmas, a number of ornate stone sculptures belonging to two historic churches have been destroyed.
The culprits struck St Matthew’s and St Patrick’s Catholic Church in Albury, which are 170 and 140 years old respectively, decapitating tributes to St Francis of Assisi, The Virgin Mary and angels on Tuesday.

Father Peter Macleod-Miller told NCA Newswire on Thursday the actions were “mean” and “an act of violence.”

St. Matthews was burned to the ground in the early 1990’s and, according to news reports, “targeted by arsonists again a number of years ago.”

Anti-Catholicism is on the rise, folks. It’s worldwide. Nowhere to hide. The only question is whether we stand for the faith or acquiesce to the world’s demands.