The Nun Who Stood Up to Hitler 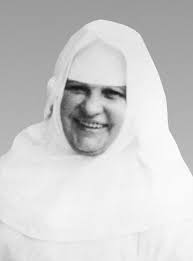 Sister Maria Restituta Kafka was a Catholic nun and a nurse who defied the Nazi regime and was eventually detained and executed by the guillotine inside of a German prison. She was offered numerous chances to avoid the guillotine by offering to leave her convent or agree to remain silent about the Nazi atrocities, but she stayed firm in her beliefs.

An amazing and courageous story: