After a farmer died, his town learned he secretly paid strangers’ pharmacy bills 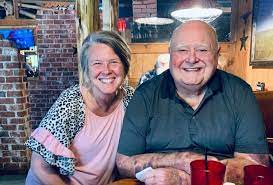 WaPo: Hody Childress was a farmer living off his meager retirement savings in the small town of Geraldine, Ala.

About 10 years ago, he walked into Geraldine Drugs and pulled aside owner Brooke Walker to ask if there were families in town who couldn’t afford to pay for their medications.

He told her to use it for anyone who couldn’t afford their prescriptions.

“He said, ‘Don’t tell a soul where the money came from – if they ask, just tell them it’s a blessing from the Lord,'” she said.

The following month, Childress returned to hand Walker another folded-up $100 bill. And he repeated this every month for years, until he became too weak late last year from the effects of chronic obstructive pulmonary disease to make the trip.

When Childress died on New Year’s Day at age 80, Walker said she decided to let his family know about the donations that had helped several hundred people in the farming community, located about 60 miles from Huntsville.

As the years went on, Childress’s $100 bills added up to thousands of dollars, she said, noting that she was usually able to help two people a month who didn’t have insurance or whose benefits wouldn’t cover their medications.

There’s goodness in the world. So much of it. Sometimes you’ve got to look for it but it’s worth looking.