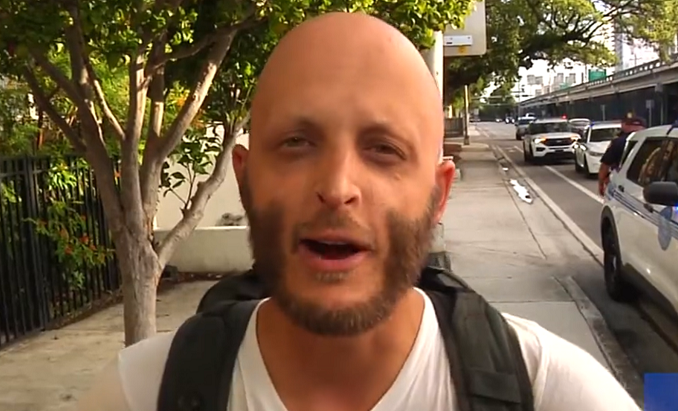 So when this couple threatened pro-lifers by saying “We are everywhere” did that include jail? Because that’s where they might be going?

Good to see that the justice department is capable of arresting non-pro-lifers.

LifeNews.com: Two Florida residents were indicted by a federal grand jury for spray-painting threats on pro-life pregnancy centers that provide women with abortion alternatives. The indictment, returned by a federal grand jury in the Middle District of Florida, alleges that Caleb Freestone, 27, (pictured) and Amber Smith-Stewart, 23, attacked multiple pro-life pregnancy centers in Florida.

Freestone and Smith-Stewart targeted pregnancy resource facilities and vandalized those facilities with spray-painted threats, including “If abortions aren’t safe than niether [sic] are you,” “YOUR TIME IS UP!!,” “WE’RE COMING for U,” and “We are everywhere,” on a reproductive health services facility in Winter Haven, Florida. The indictment further alleges that facilities in Hollywood, Florida, and Hialeah, Florida, were also targeted.

The incidents came after a creepy pro-abortion march by Antifa and other radical leftists.

If convicted of the offenses, Freestone and Smith-Stewart each face up to a maximum of 12 years in prison, three years of supervised release and fines of up to $350,000.

So what do you think? You think these two will actually serve time? My prediction is a few months. Tops. I’m betting they’ll consider these two as doing the Lord’s work (if they actually believed in the Lord.)