Annoy Me and Go Directly to Jail 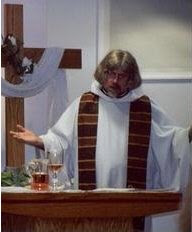 The new law in Australia which makes it a crime to annoy or inconvenience Roman Catholics during a visit by Pope Benedict XVI to Sydney, is completely wrong, likely unconstitutional, and silly.

However, I’d like to see it passed here in America. Now. Before I get annoyed.

The regulations in Australia give authorities powers to order anyone to stop any behaviour that “causes annoyance or inconvenience” to Catholics participating in a World Youth Day event.

This is a law that I think should be expanded to everywhere and anytime. I could think of a few people out there in the blogosphere I’d like to see at least picked up by authorities and “questioned” Gitmo style, if you know what I mean. You know who you are.

So let the word go out from this time and place, the following items are now illegal by virtue of the fact that they annoy this Roman Catholic.

Barack Obama kind of annoys me. Remember, he called me “bitter.” Lock him up.

Abortionists definitely annoy me. Throw away the key.

Congress. They annoy everybody.

That guy who takes up two parking spaces at Church. (I don’t know his name, but I’d know him if I saw him!)

This guy! – ’nuff said.
Preachy vegetarians who eat chicken. (Like chickens are just vegetables with legs.) They can go to one of those country club prisons but where they only serve Spam®.

All the people who, right in front of my five children, ask if all those kids are mine and then add to me, “Hey, you know what causes that, right?” Put them in solitary confinement and make them watch on perpetual loop Cheaper by the Dozen – the Steve Martin version!

Let’s start with that list and then get back to me. If you don’t, I may get annoyed. And trust me, you wouldn’t like me when I’m annoyed. Feel free to add on.