From Soccer to Seminary 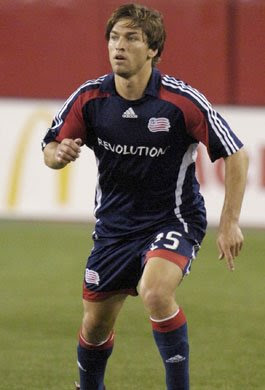 The biggest sports trade of the week is 26 year old defender Chase Hilgenbrinck from the New England Revs soccer team to the Roman Catholic Church, according to the International Herald Tribune.

The 26-year-old defender recently moved back to the United States after playing four seasons for a team in Chile. But Hilgenbrinck has opted to study for a different team altogether. “At one time,” he said, “I thought the call might be professional soccer. I found my soul is hungry for something else.”

This is actually not a bad move because the only thing less popular in America today than Catholicism is professional soccer. (That’s a joke)

He has been accepted into Mount St. Mary’s Seminary in Emmitsburg, Maryland, with a view to becoming a priest in his home parish in Illinois.

Hilgenbrinck says he is not disillusioned with the game, but waiting for his career. “Trust me,” he told The AP, “I still have a great passion for the game, I wouldn’t leave for just any other job, I’m moving on for the Lord.”