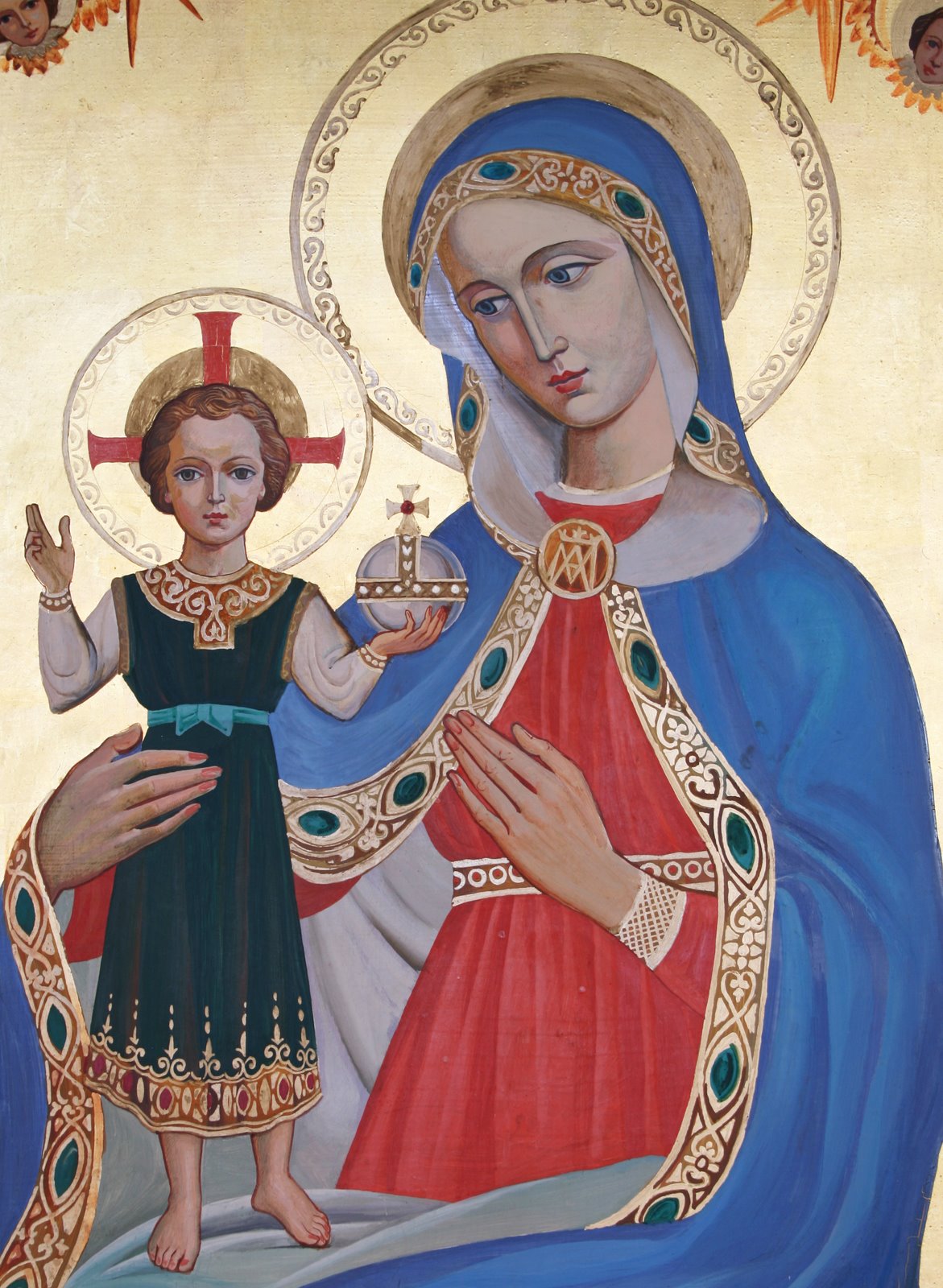 For some time now I have been running across the name of a liturgical artist in my architectural research on the churches of the mid-20th century: Leo Cartwright. He seems to have been quite active in the late 1950s and early 1960s and worked often with architect Edward Schulte. His artwork has appeared in the cathedrals in Lexington, Kentucky and La Crosse, Wisconsin as well as the Basilica of Queen of All Saints in Chicago. He also designed the cartoon for at least one stained glass window that I know of.

His work draws quite clearly from the late medieval and very early renaissance traditions as well as the Eastern iconic school. But at the same time there is a clarity of color and a modern sensibility about the work. His children’s altar at the LaCrosse Cathedral of St. Joseph the Workman shown here illustrates the children of the world in their traditional dress adoring Christ on the lap of his mother. The fine detail of the images as well as the decorative painting of the frame and setting are really extraordinary, particularly given the date: 1960.
His stations of the cross, also shown here, are installed in the Lexington cathedral and show a dramatically modern use of composition and color while remaining part of a beautiful, continuous tradition. I think that today’s traditional artists at work today could learn from his creations.

However, in my research I have found very little about him. At least at one time he lived in Carmel, California, yet the artist’s guild out there has no record of him. Is there anyone out there who may have an information on this man?