Scariest Quote from the White House 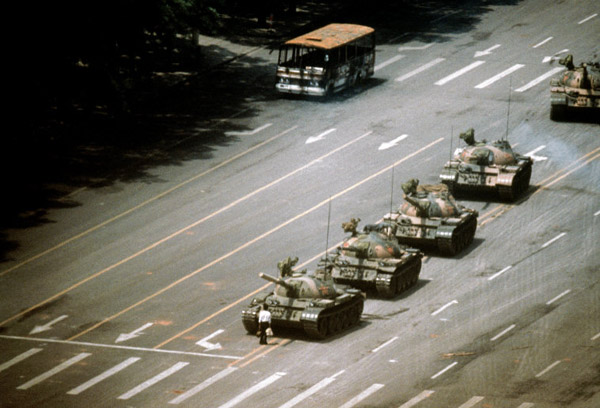 On her first trip to Asia as Secretary of State Hillary Clinton had the following to say concerning human rights:

“our pressing on those issues can’t interfere with the global economic crisis, the global climate change crisis and the security crisis.”

This comment should send chills down your spine; make you fear for the future of freedom. The subjugation of freedom and human rights to security is the first building block of tyranny. Allowing government to place human rights as secondary to other needs should be resisted.

Look at the verbiage of the Obama administration which is crisis, crisis, crisis. Think the administration officials are all reading from the same playbook? If history teaches us anything it is that fear, more than any other emotion, leads to tyranny. And crises stoke fear.

What’s even scarier is the list of issues which, according to the Secretary of State, take precedence over human rights including the economy, security, and global warming. That puts freedom as fourth on the agenda; a worrisome placement to say the least.

A number of human rights activists in China were put under house arrest for Clinton’s visit. Imagine their hearing her formulation of priorities. Hillary Clinton has effectively announced the state’s victory over human rights.

Xin Qiang, deputy director of the Centre for American Studies at Fudan University in Shanghai, said “Beijing will be much relieved and happy that human rights and issues on Tibet and Taiwan have not been raised by Secretary Clinton,” he said. “Beijing will take it as a good and friendly gesture extended by Washington.”

When the Bush administration dealt with China they did it with the expressed purpose that economic trade would inspire capitalism and freedom in China. The two ideals of economic security and freedom, were linked. Hillary Clinton has separated them.

Ronald Reagan infamously told Mr. Gorbachev to “tear down this wall.” Hillary Clinton announced yesterday that walls don’t bother the United States so much as long as money can pass over it.