This Is The Money You Could Be Saving 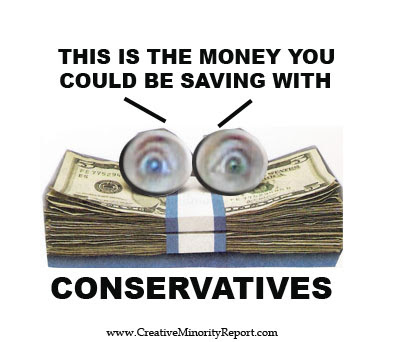 For the last few months, as Democrats assumed control of both houses of Congress and the White House, I began to have an eerie feeling.

As I watched the deficit balloon and trillions of dollars being spent even as they Congress and the White House admit that they cannot keep track of where all that money is going, the feeling has grown stronger.

As all pretense of fiscal restraint vanished and as the deficit has exploded to four times its previous record amount, I couldn’t shake it. This feeling, of being watched. But I couldn’t see what was watching me.

Finally, as I read reports of government takeovers of industry and health care, as I realized that this is only the beginning of what Obama, Reid, and Pelosi have in mind during their control of undivided government, finally as I realized that Nancy and her cohorts control the purse string and there is nothing they will not try to control, I finally got a glimpse. I have finally gotten a look at the creature that has stalked me for months.