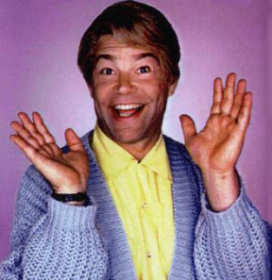 Look, I tried to find something to write about but no dice.

I am not going to write about Michael Jackson. Although when I heard that Michael’s dermatologist is the biological father of his children I was tempted to make a joke about the dermatologist playing “who’s got your nose?” with the children the same way he played it with Michael. But then I thought better of it.

I thought about writing about Al Franken going to the Senate.

But that is a joke that writes itself. Strictly for amateurs.

Then I thought I had it. I thought that I would write about this picture from Runners World.

But then I remembered that my wife reads this blog, so that was out.

I thought about going the other way by talking about Gov. Mark Sanford’s continuing public revelations but that is getting ickier than Al Sharpton and Jesse Jackson dueling for deranged Jackson family spokesman. Its A Outrage. (and waaaay too much information)

Then I thought about writing about my experiences as a Catholic Dad of five, but Matthew already sucked all the air out of that room. Maybe next year.

Then I thought that I would write about all the media coverage of the continuing situation in Iran or of the four soldiers who died during the pullout from cities in Iraq, but I couldn’t find any.

So I finally decided to give up. I’ve got nothing. Sorry folks. This post is closed. Moose should have told you up front.