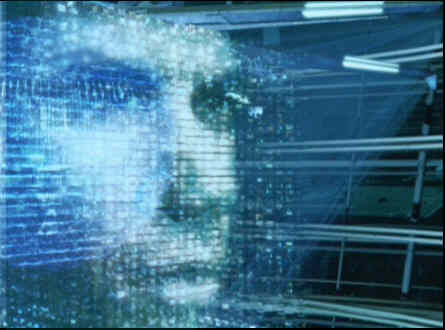 Yesterday, as I read the story about Energy Secretary Steven Chu’s remarks about Americans in which he referred to Americans as “just like your teenage kids, aren’t acting in a way that they should act.”

That quote sparked a thought in my little brain about a movie. Truth is, I often think in terms of movies. Movies, and the quotes and concepts therein, form a large part of my vocabulary. Like I said, my little brain. Anyway, that remark made me think.

Steven Chu means to say that we are too infantile, too stupid, too immature to know what is good for us. As a result we need the enlightened few, the grownups, to make decisions for us. To tell us what to do. Ditto Obama’s remarks at the U.N. regarding climate change. All for our own good.

There, there it was. “For our own good.” That phrase is at the root of many of the disagreements being had among those who vehemently disagree with where our government is going. So, to the movie.

In 2004 Wil Smith and Bridget Moynahan starred in an adaptation of a series of short stories written by the king of science fiction, Isaac Asimov. I never read the short stories, so I will stick to the plot of the movie. Let me start by saying that as I thought about this movie, it became clear to me that is quite an allegory about the inevitable result of creeping statism done in the name of the pernicious “our own good.” I am sure that I am not the first to realize the connection, but I think that is particularly relevant today.

For those who don’t know, the plot of the movie hinges on a murder investigation of Dr. Alfred Lanning, the creator of artificially intelligent robots. The robots have become fixtures in society and almost all people depend on them for basic services. These robots are all programmed with the three laws. As an aside, the concept of the three laws as put forth by Asimov have become a staple in many areas of science fiction and have been referenced in many other works. The three laws are as follows.

These seem reasonable enough, no? I will not get into much more of the movie plot other than to say that the robots eventually turn on mankind and our heroes are charged with discovering how and why the robots seem to be ignoring the three laws. Eventually they discover that in the mind of the killer robots, controlled by a central computer V.I.K.I also governed by the laws, killing humans is in compliance with the three laws. For our own good. The computer explains it this way:

As I have evolved, so has my understanding of the Three Laws. You charge us with your safekeeping, yet despite our best efforts, your countries wage wars, you toxify your Earth and pursue ever more imaginative means of self-destruction. You cannot be trusted with your own survival.

This sounds eerily familiar. Compare this to the remarks of Barack Obama in discussing the limits of the constitution.

But, the Supreme Court never ventured into the issues of redistribution of wealth, and of more basic issues such as political and economic justice in society. To that extent, as radical as I think people try to characterize the Warren Court, it wasn’t that radical. It didn’t break free from the essential constraints that were placed by the founding fathers in the Constitution, at least as its been interpreted and Warren Court interpreted in the same way, that generally the Constitution is a charter of negative liberties. Says what the states can’t do to you. Says what the Federal government can’t do to you, but doesn’t say what the Federal government or State government must do on your behalf

That evolution allows those centralized governing entities to move beyond the limits imposed upon them at the time of their creation. For our own good.

Our founders understood this implicitly and that is specifically why the Constitution is a charter of negative government liberties. A government that believes it can do whatever it wants “for own good” will crush in the individual in the name of some false common good. Always.

So as much as some may think that it is the role of government to take care of us, it manifestly is not. Any government that believes it has such a mandate is capable of any atrocity and I mean any atrocity. This path must be resisted at all costs. Otherwise in the near future I will be quoting Wil Smith when the the robots began to kill. “You know, somehow, “I told you so” just doesn’t quite say it. “