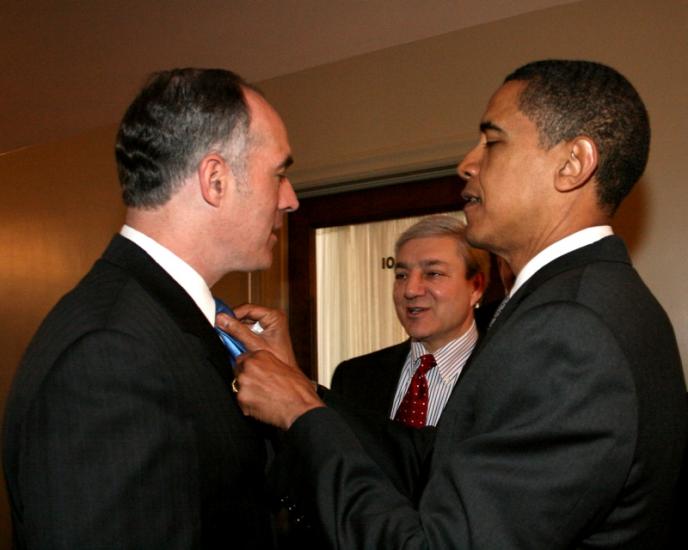 His pro-life stance has been next to non-existent and has been shown to be merely his weapon of choice in splitting former Senator Rick Santorum’s base in two. The healthcare debate has highlighted this to the point of absurdity.

Here we have a moment in this country where the government is on the verge of funding abortion with taxpayer money and for many (including many legislators) this trumps all talk of other good the healthcare bill could be purported to do.

Think about it. How can it be that while abortion has become the biggest issue in the country, a pro-life Democrat Senator has hardly been heard of? Bob Casey throughout it all has been nearly invisible.

Boy, am I missing Bishop Joseph Martino. Does anybody think that Senator Bob Casey would be able to fly under the radar as he has if Bishop Martino were still Casey’s bishop?

Didn’t think so. But sadly, Bishop Martino resigned under strange circumstances earlier this year after much criticism for being too outspoken on many issues.

But we could sure use Bishop Martino now. No Senator in the country inspires so many scare quotes around his policy positions than Casey. “Pro-life?” “Catholic?” “Moderate?”

Martino wasn’t shy about calling out Casey for his vote on Mexico City policy which allowed the government to fund overseas abortions. “It is a matter of deep concern that your recent vote against the Mexico City Policy is continually misrepresented by your staff as a pro-life vote intended to promote “contraception and other family planning that avoid unintended pregnancies…The Mexico City Policy is, first and foremost, about abortion, not about family planning.”

You see, Casey does that all the time. He votes against pro-lifers and then says that there was something in the bill more important than abortion.

Bishop Martino criticized Casey’s vote for wildly pro-choice Kathleen Sebelius to head HHS. But Casey said that he voted for Sebelius despite her pro-choice advocacy. He said that leaving the position vacant as the country faced a possible flu pandemic “would be highly irresponsible.”

So, according to Casey, the flu was more important than the rights of the unborn.

At first, Casey merely said that he wouldn’t “draw a line in the sand” over abortion in the healthcare debate. Wait a sec. If you’re pro-life you believe that human beings are being killed by the thousands every single day but Senator Bob Casey doesn’t think that’s worth drawing a line in the sand?

And now “pro-life” and “Catholic” Casey can’t even say whether he agrees with a simple statement by Cardinal Rigali.CNA reports:

Pro-life Catholic Sen. Bob Casey, Jr. (D-Pa.) wouldn’t give a clear response when asked if he agreed with Cardinal Justin Rigali’s Nov. 20 statement that there is “no way” the current Senate health care bill can be supported as it currently stands, since it permits tax dollars to fund abortions.

“I’m not going to comment on what he (Rigali) has said in particular,” said Sen. Casey to CNSNews.com reporters on Tuesday. “I’m not one who compares what I say versus what someone else says about the bill.”

What?! I’m not one to compare what I say versus what someone else says? Uhm. That’s called debate Senator. So Pennsylvania has a Senator that isn’t one to debate? Great.

Backed into a corner, Bob Casey has only shown steely determination to find more corner.

“What we’re trying to do in this debate, among many things we’re trying to achieve here, is to continue the consensus that’s been in existence for 25 years that taxpayer dollars don’t pay for abortion.”

“It’s not easy to achieve that, it’s complicated, but that’s what we’re working on and that’s where we have this debate that’s taking place now on the floor with regard to abortion, as well as many, many other issues that are important to health care,” Casey concluded.

The problem with Casey is that all these “many many other issues” and “complications” keep taking precedence over the rights of the unborn. At some point you can’t call yourself pro-life anymore.

And by the way, nobody ever said being a pro-lifer should be “easy.” It’s not. It’s just the right thing to do. Ask Congressman Bart Stupak. Men are defined by these sorts of moments, unfortunately at least one Senator will be defined by avoiding them.