“I Don’t Want All That Garbage in My Church!” 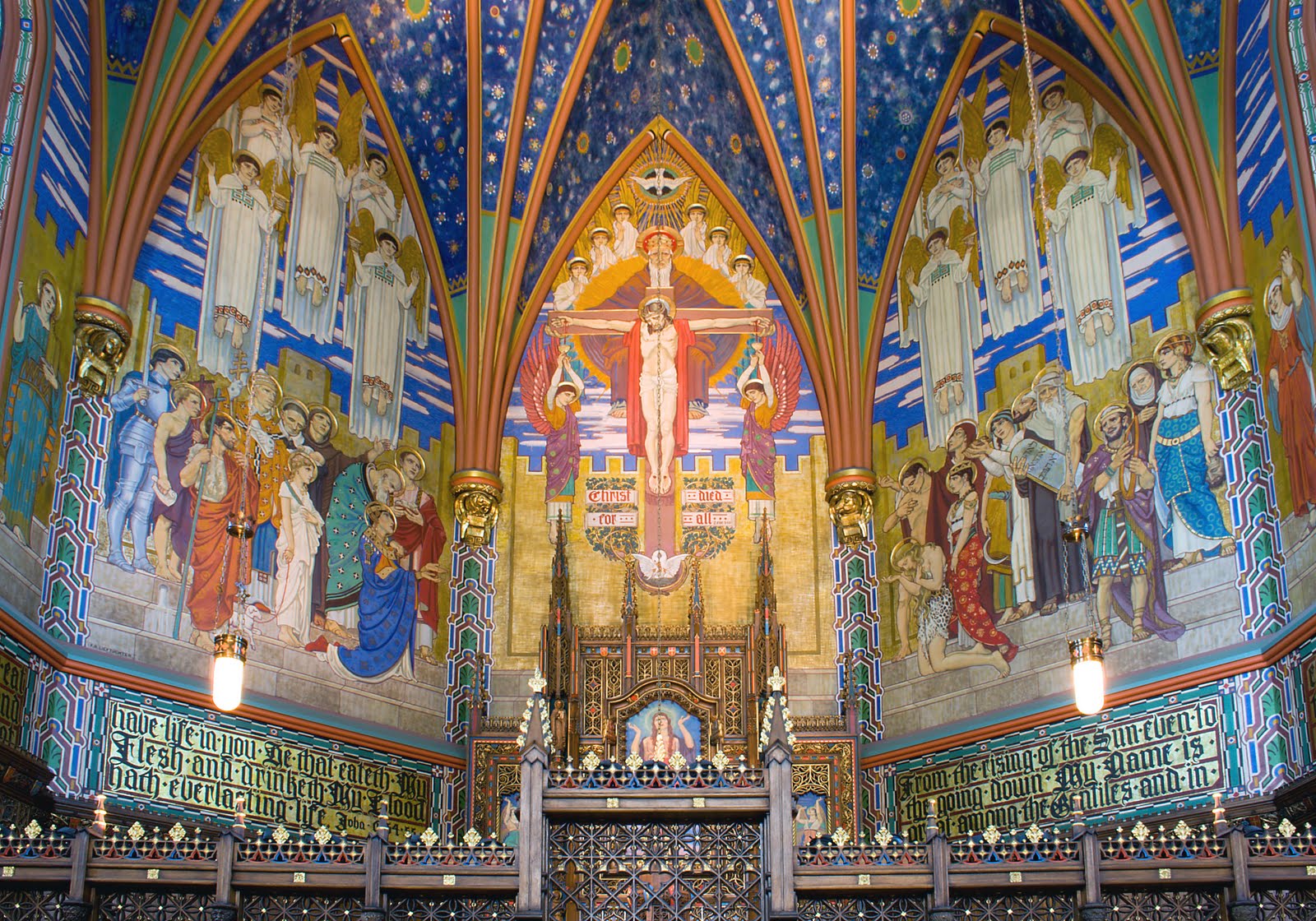 I recently ran across a story in which a catechist was told by a participant in a training session: “you can keep your catechism.” It reminded me of a story of my own working as a liturgical and architectural consultant.
I was being interviewed by a parish in Illinois after their church was destroyed by fire. In giving a slide lecture, I explained that the Church teaches that the Christus totus, or whole Christ, worships at the liturgy, including the angels and saints. To indicate how that reality can be made visible, I showed this image from the Cathedral of the Madeleine in Salt Lake City. One of muralist Felix Lieftuchter’s greatest works, it shows a heavenly city centered on God surrounded by heavenly beings.
I thought for sure the compelling power of Beauty would win the day, and people would jump up and demand a liturgical mural for their new church. (A bit naive, I know). Instead, a woman on the committee, with a look of disdain on her face, said, pointing to the mural: “I don’t want all that garbage in my church!” I was shocked to say the least. As time has gone on I have thought about this a bit.
Of course, there are a couple of problems here. First, one needs to be very careful about calling an image of heaven, God, the angels and saints “garbage,” and that woman needed some serious time with her spiritual director. Second, the church does not belong to one person, but a larger community that might want and need sacred images in the church.
I haven’t stopped arguing for the use of liturgical imagery, and most people respond positively. But I became aware that day that many people are deeply wounded, and sometimes things of God and beauty are too much for them to bear, so they lash out in anger. The real problem is that pastors let them on building committees and allow them to steer the outcome of the design process based on irrational emotional responses.
In any case, they hired someone else to guide them theologically who decided to use the phoenix as the motif for the liturgical plan (they were rebuilding after a fire, after all). They also hired a local architect of lesser abilities who designed a Hampton-Inn-Turned-Church. They placed a catalog-ordered life size crucifix on the rear wall of the unadorned sanctuary. And most people are quite pleased.

However, we can and must do better.