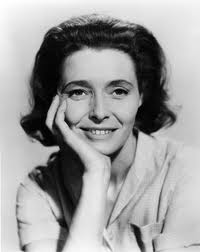 Patricia Neal, the famous actress passed away from lung cancer yesterday. Patricia Neal was a great actress and became a strong Catholic pro-life advocate as an adult.

When Neal was young she fell in love and had an extended affair with her married co-star Gary Cooper. When Neal became pregnant with his child he urged her to have an abortion which she did. Gary Cooper’s daughter Maria Cooper famously spat on Neal for carrying on an affair with her father.

Later, however, Maria Cooper and Neal became great friends and it was Maria Cooper who helped bring Neal back to her Catholic faith by having her spend some time at a convent where former actress Sister Dolores was prioress.

Patricia Neal, the willowy, husky-voiced actress who won an Academy Award for 1963’s “Hud” and then survived several strokes to continue acting, died on Sunday. She was 84.

Neal had lung cancer and died at her home in Edgartown, Mass., on Martha’s Vineyard, said longtime friend Bud Albers of Knoxville.

Neal was already an award-winning Broadway actress when she won her Oscar for her role as a housekeeper to the Texas father (Melvyn Douglas) battling his selfish, amoral son (Paul Newman).

Less than two years after winning the Academy Award, she suffered a series of strokes in 1965 at age 39. Her struggle to regain walking and talking is regarded as epic in the annals of stroke rehabilitation. She returned to the screen to earn another Oscar nomination and three Emmy nominations.

The Patricia Neal Rehabilitation Center that concentrates on helping people recover from strokes and spinal cord and brain injuries is named for her in Knoxville, where she grew up.

While most of the obituaries focus on her work as an actress, CMR wants to highlight Neal’s work as a pro-life advocate.

Monsignor Lisante said this of Patricia Neal who was receiving a pro-life award in 2003:

I met Patricia Neal over 20 years ago, and we have become good friends ever since. One time when she was on my television show, I said to her, “Pat, in so many ways you are a female Job.” She had, as you know, several strokes which put her in a coma for a month. She had a daughter who died of the measles at the age of seven. She had a son who was hit when he was an infant by a car in New York City, and he remains alive but brain-damaged and will be forever. Another daughter who suffered from drug and alcohol addiction; a husband who was great to her once she had the strokes, but he ultimately left her for a younger woman.

And I said, “In your life, Pat, if there was one thing you could change, what would it be?” And Patricia Neal said, “Father, none of the things you just mentioned.” But she said, “Forty years ago I became involved with the actor Gary Cooper, and by him I became pregnant. As he was a married man and I was young in Hollywood and not wanting to ruin my career, we chose to have the baby aborted.” She said, “Father, alone in the night for over 40 years, I have cried for my child. And if there is one thing I wish I had the courage to do over in my life, I wish I had the courage to have that baby.”

Patricia Neal has put herself on the line in saying to many, many women who have experienced abortion or thought about abortion, “Don’t make my mistake. Let your baby live.” What’s particularly painful, but poignant in this story is that some years later, Patricia became good friends with Maria Cooper, the only child of Gary Cooper and his wife. And Maria Cooper said, “You know, I know you had the affair with my father and I have long ago forgiven that. But one thing I find it hard to accept is that as an only child, I so wish that you’d had my brother or my sister. Because in so many ways, I wish so much that you had chosen life.”

Kudos to the NY Times to represent Neal’s regret over her abortion. NY Times reports:

During her affair with Cooper, she became pregnant. She had an abortion and according to her 1988 autobiography, “As I Am,” (written with Richard DeNeut), she cried herself to sleep for 30 years afterward. “If I had only one thing to do over in my life,” she wrote, “I would have that baby.”

So say a prayer today for the soul of Patricia Neal and her family and friends. She will be missed.