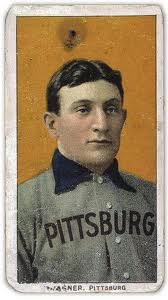 The School Sisters of Notre Dame, who had been bequeathed the 100-year-old card, thought they had a buyer last month when it sold for $220,000 at a Dallas-based auction house.

When that buyer reneged, auction officials phoned DePace, of Haddonfield, who also bid on the card but dropped out when the price went too high.

Given the circumstances, DePace, a Catholic, quickly changed his mind.

“I wasn’t going to let the nuns go without their Christmas gift,” said DePace, who seemed to be enjoying the splash his purchase had made.

The nuns were thrilled, too.

“We want to thank him for making our Christmas so bright,” said Sister Virginia Muller, Notre Dame’s trustee of the card…

A brother of a deceased nun had kept the card DePace bought in a safe-deposit box since 1936. It was in poor condition, the man had written in a note, but would still be very valuable.

The nuns hoped the proceeds of the sale would help finance their ministries in 30 countries, Sister Muller said.

Doug Walton of Knoxville, Tenn., made national news last month as the winning bidder. According to the Associated Press, he owns a string of sports card stores across the Southeast. Walton had 30 days to pay.

Usually, when a bidder does not close the deal, a new auction is held, Jordan said.

But, with “the nuns and the holidays,” Jordan said he wanted to get the deal closed right away, so he called DePace, a respected customer.

“I knew he was a Catholic,” Jordan said.

DePace was at work when he got the call last week.

DePace, 57, has three cardiology offices in Philadelphia and South Jersey, and is a medical author and professor at Hahnemann University Hospital. He has been collecting sports memorabilia for 30 years….

He’s thrilled about helping the nuns, he said. “I feel so good I could climb Mount Everest.”