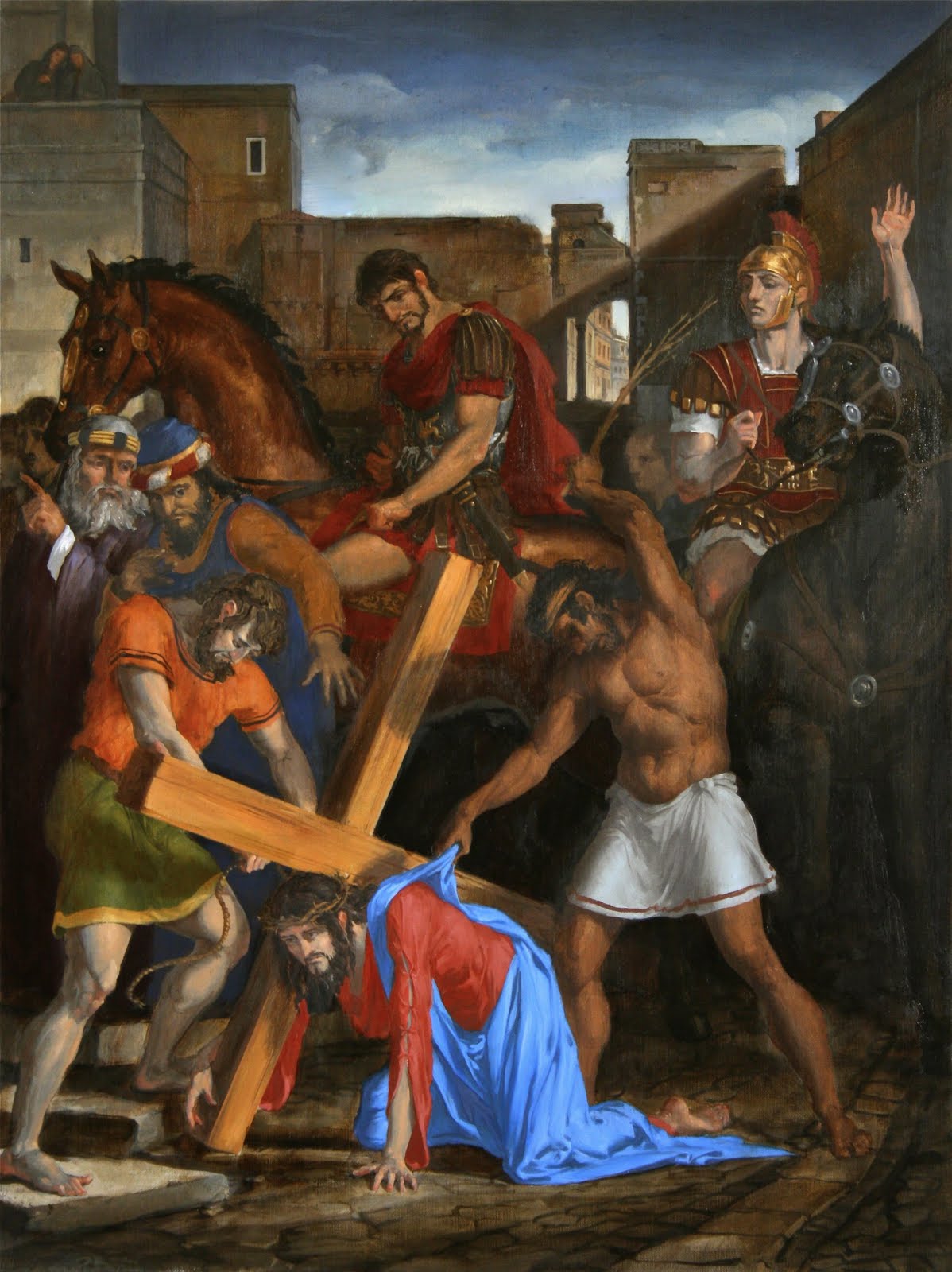 As part of the continuing CMR series, here is the next installment on artist Leonard Porter’s important new set of Stations of the Cross.

Station Three represents Christ falling the first time. Christ’s garments again gleam with jewel tones even as the rest of the scene has been brought down in tone with smoky transparent glaze. The scene has now progressed outside the city, slowly leading to Calvary.

The two Roman soldiers on horseback reappear from station 1. Longinus, in the golden helmet, will eventually choose Christ, and here is clearly visible the “Choice of Hercules” image on his wide belt, a mythological scene representing Hercules’ choice between pleasure and virtue. This choice is indicated in the two Roman soldiers on horseback, beginning to choose different directions: Longinus toward Christ and the other away. In fact, Longinus‘ first major move toward Christ is shown in this station, where he raises his hand in a small act of generosity, telling the henchmen to stop attacking the fallen Jesus. A small curb and indication of a road appears in the lower right corner as well, reinforcing the viewer’s sense of progress. More importantly though, it serves as a symbolic indication of crossing over. Note that Longinus‘ horse’s foot has stepped over the curb, indicating his choice to leave the Roman world behind and follow Christ.

Important to note here is the nature of the cross. Just as Christ’s journey progresses on the Via Dolorosa, so will the cross change as well. In this station it appears as clean, freshly cut lumber. As the stations advance, it will become battered as Christ’s body is battered, and more importantly, it will start to look less like lumber and more like a tree. At the Crucifixion, it will have actually grown roots, becoming again the Tree of Life. 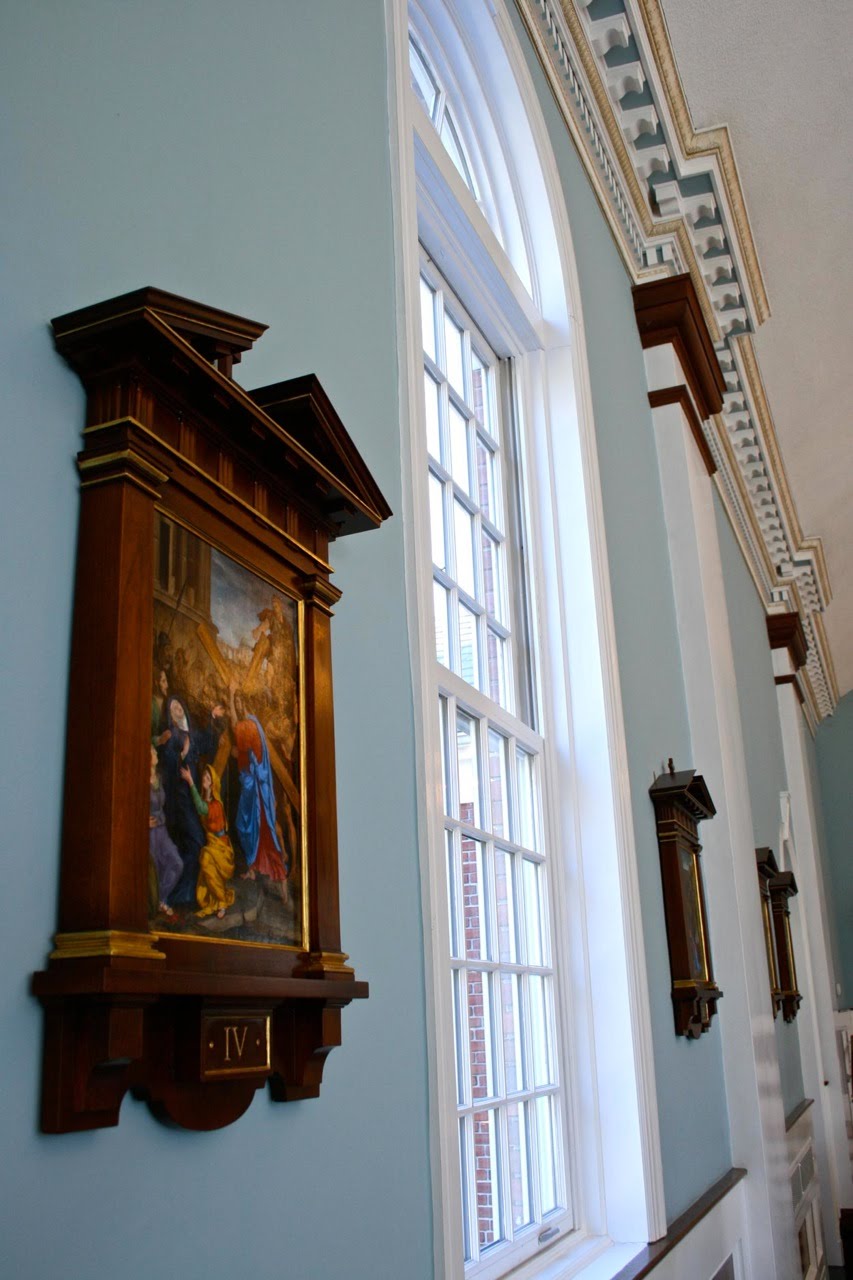 In an intentional choice, Porter chose to represent the background scenery as a Renaissance painter might, gathering different tidbits of buildings taken from knowledge about ancient culture and arranging them to best help the narrative. The church in which these stations now hang is modeled on American colonial architecture (see image at left in frames also designed by Porter), which had its roots in 18th century England and which themselves found inspiration in the art and architecture of Baroque Rome. In order to bridge the gap between Baroque Rome and the American Colonial Revival, Porter chose this venerable method of representation of the background scenes.

In the rear on the left, a Jewish official makes a gesture, pointing up and sideways not only in scold of Christ, but also indicating the progress of the stations as they rise to Calvary. Here one can also see the dark “holes” that Porter has placed in the paintings–the area above Christ’s back and under the horse, for instance. This dark spot in the painting not only gives Christ a strong contrast of light against dark, but begins to give the painting itself the sense of being punctured or torn compositionally in imitation of Christ’s body. All the while, Christ’s face remains clear, resolute and peaceful. Here Porter presented beauty within violence. No matter how violent the image becomes, it remains beautifully rendered. Though Christ’s suffering was indeed violent and beautiful, it is a story of love, charity and forgiveness, and this is evident in the lovingly rendered paintings of the Stations.