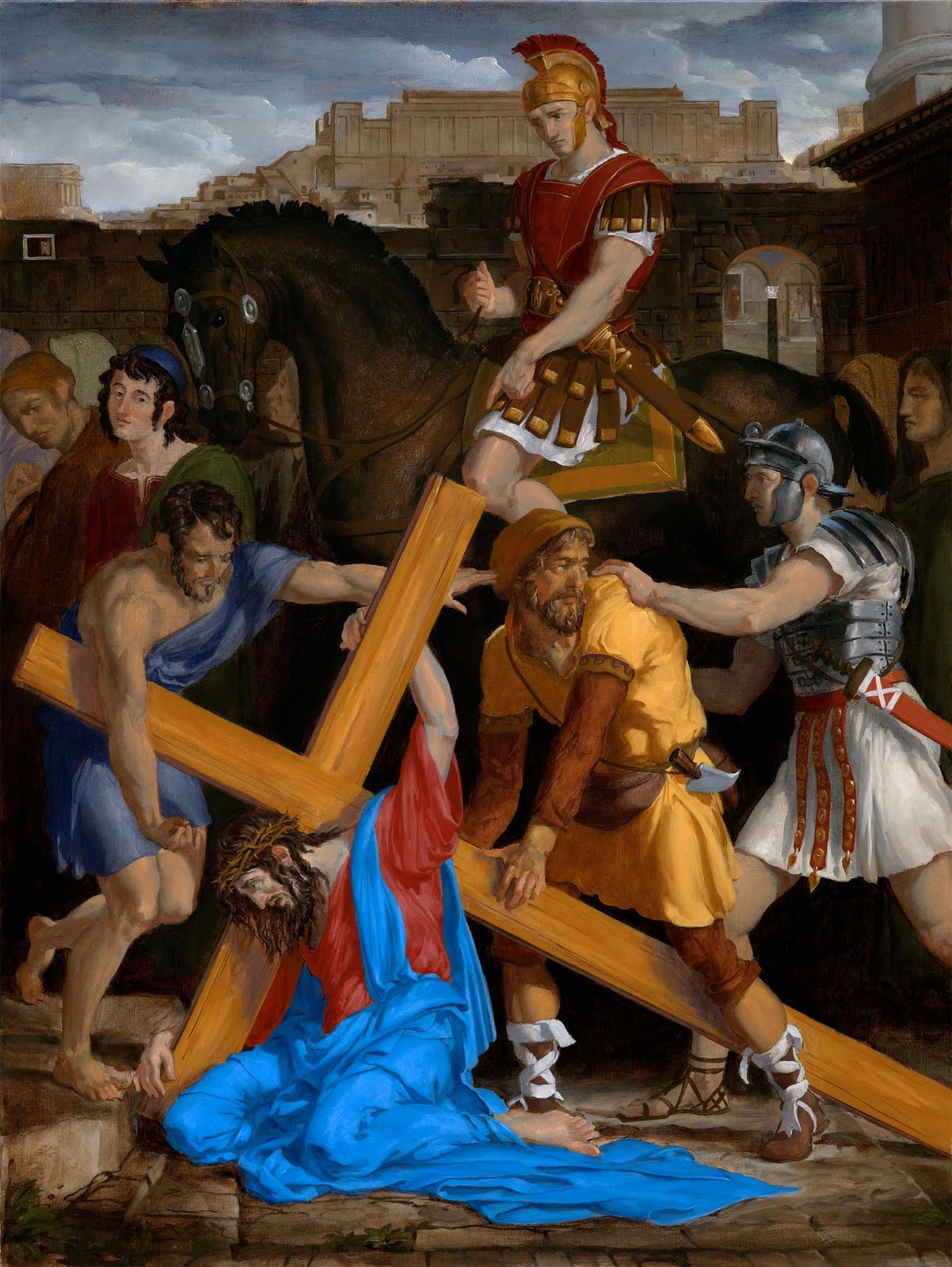 In Station Five, Simon of Cyrene is pressed into service to help Christ carry the cross. Christ has fallen and is beginning to look more spent than in earlier stations. The glory of his garments remains, indicating his divine action, yet his face shows the effort of his labors. The clouds have gathered in dark storminess.

Throughout this station are images of work and helping which echo the very notion of helping Christ carry the Cross. Notably, Simon himself wears the conventional clothing of the peasant worker, including the knife in his belt. In this station the good centurion Longinus reappears on horseback (the “choice of Hercules” apparent on his belt once again), who in an act of charity presses Simon into service.

The large buildings of Jerusalem’s Temple Mount—the only archaeologically accurate buildings in the entire set of stations– loom in the background, the place of God’s presence and the sacrificial offering of animals in accordance with God’s law. The setting of the Temple has another meaning for Porter, since the Temple was the scene of the story in John 8 concerning the woman caught in adultery. In this biblical narrative, Christ gave help to a woman caught up in the anger of the mob, just as Simon of Cyrene helps now Christ.

In the background on the right is shown a small arch with a column supporting it at its keystone. Here the architecture itself speaks of helping. An arch normally carries the weight of the wall above it, but in this small detail a central column helps support the arch, just as Simon helps support the cross of Christ. Through the arch is seen a courtyard with a small well with three women around it, a tiny tableau speaking of drinking from the well of salvation.

Notions of being punctured appear here more vividly. Just as Christ’s body was punctured, so the painting participates in “puncturedness.” Porter placed a small white square in the upper left, indicating a window or puncture in the great city wall. Areas of extremely dark paint appear behind Simon and his bright yellow tunic, not only putting him in high relief, but suggesting dark holes in the painting itself.