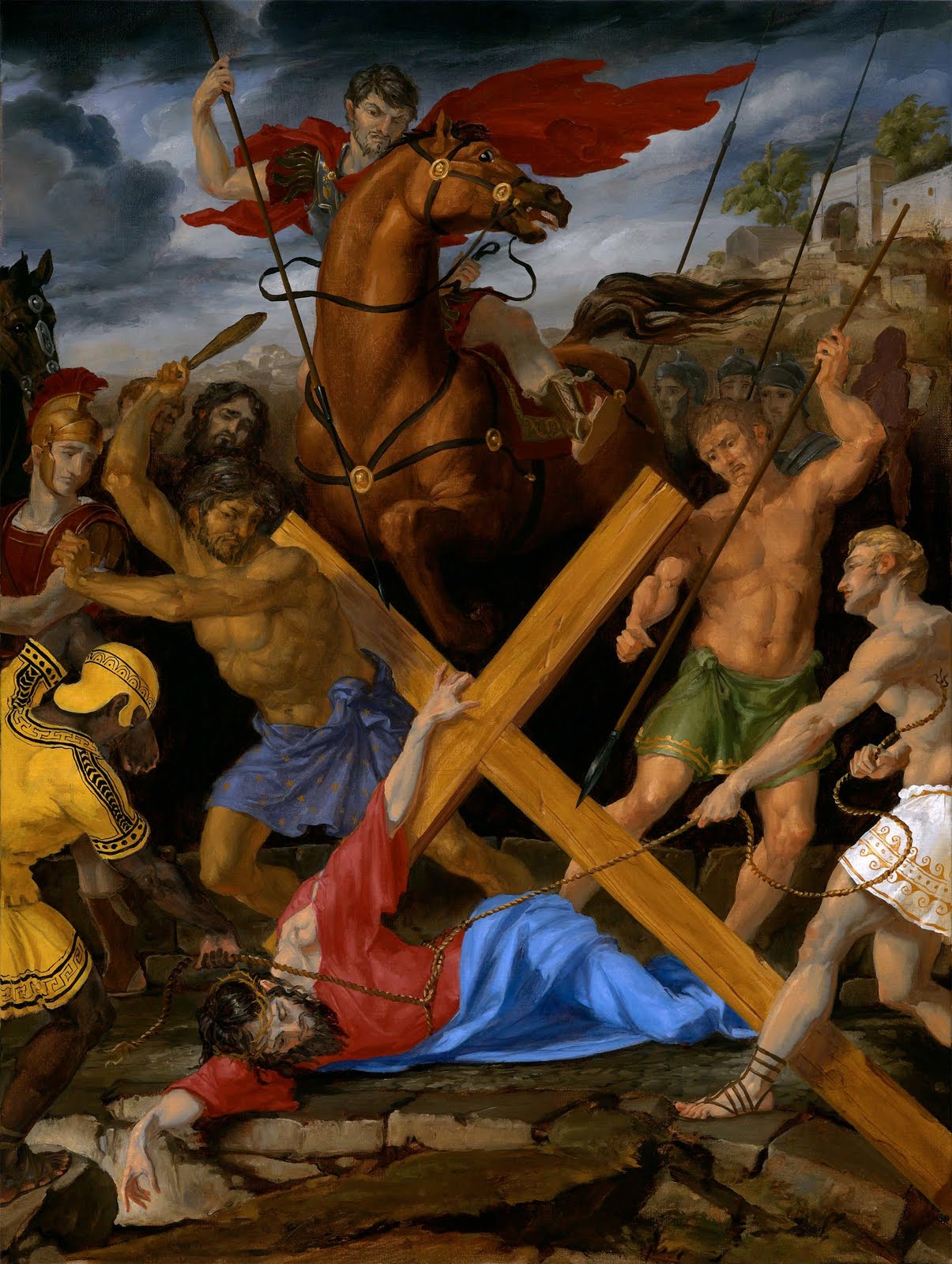 New meditations based on the set of the Stations of the Cross recently completed by New York painter Leonard Porter.

In Station 9 Jesus falls the third time. Here we see Christ even farther beyond the city wall, storm brewing and wind blowing.

Four henchmen now torment the fallen Christ after only two appeared in the previous stations, indicating the increase in the violence of the sins of mankind that rain down upon him. Using a classical convention, the henchmen have differing physical features and dress representing the “Four Races of Man,” indicating that all of humanity brought Christ to the crucifixion, and conversely that Christ died for all. The colors of the clothing have all be elevated, increasing the visual dynamism of the painting.

The unrepentant centurion lords over the scene, the rising storm blowing his cloak. He looks with a scowl directly at Christ while even his horse is forced to look away in terror. By contrast, Longinus has dismounted from his horse, becoming almost lost in the crowd on the left side of the painting, looking at Christ with sadness. At the far right, a shadowy woman in brown runs away with her baby, an allusion to the Massacre of the Innocents which occurred at the beginning of Christ’s life, indicating that the innocent Christ is indeed accepting the violence of men.

Christ’s face remains resolute even in his weakness, and his cross is beginning to appear more tree-like at the bottom, indicating its transformation from instrument of torture to Tree of Life.