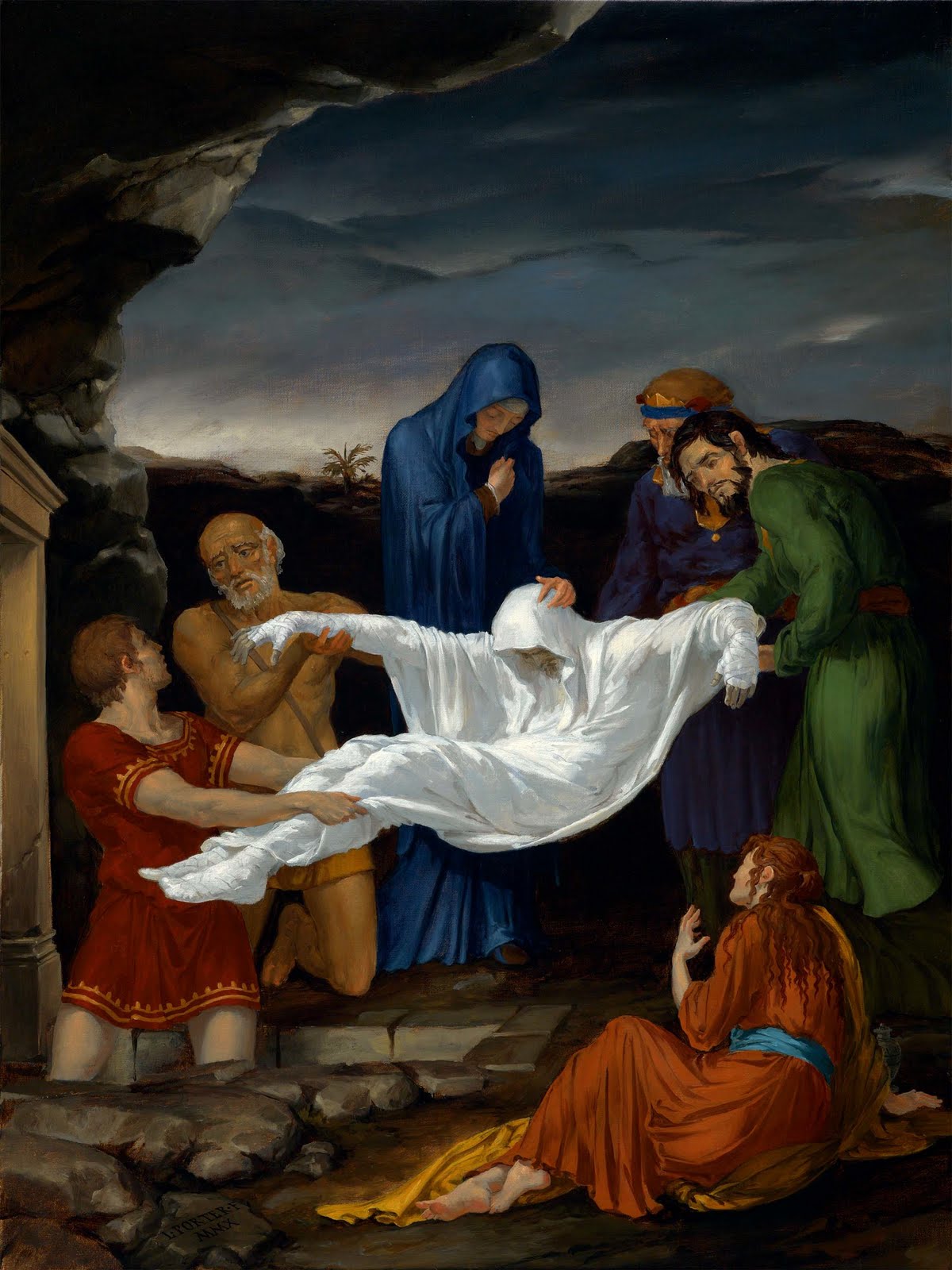 In the last of New York painter Leonard Porter’s Stations of the Cross, we see Christ’s body laid in the tomb. Though lifeless, Christ’s body is lit up, eerily white amid the muted colors of the background and other figures. His body, stiff with rigor mortis, still shows the shape of the cross, his arms outstretched. The two henchmen on the left, far from driving Christ on to his death, now look at each other saying “Have we done?” Mary Magdalene sits has fallen to the ground in her grief, bring a jar of ointment once again, this time to anoint Christ’s lifeless body.

Joseph of Arimethea stands partially hidden in the rear. Here Porter took an ancient convention from mythological belief systems in which Zeus would appear on earth in human form. So Joseph here wears especially regal dress, not just because he was a wealthy man, but to give the viewer an image of what the Father sees without actually representing the Father. In this way, the viewer gets to imagine the grief of God the Father without fear of idolatry.
Christ’s right hand points into the tomb, just as Pilate’s pointed finger began the sorrowful walk in station 1. The next phase of Christ’s mission will begin in the tomb, gathering the souls of the dead.