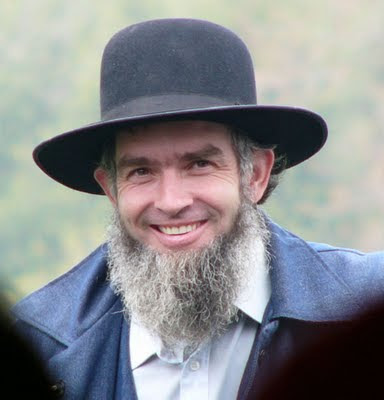 This is the big news this week. Years of intense investigation followed by an early morning raid finally led to the feds getting their man. You know, the religious zealot with the long beard and the strange head gear. This guy…

Yes. The feds conducted a yearlong investigation including the use of sting tactics to get their man, an Amish Dairy farmer from Pennsylvania for the heinous crime of selling milk to out of state people who want it.

An Amish farm in Pennsylvania has been stopped from selling contraband milk after a year-long federal government sting operation.

The Rainbow Acres Farm was found to have been smuggling banned unpasteurised milk to customers in Maryland. Crack down: An Amish farm in Pennsylvania has been stopped from selling contraband milk after a year-long federal government sting operation

You know why the Feds did this? Because they can. There is no limit to the crazy ways our federal government will spend our tax dollars to steal our freedom as long as we let them. Their hubris knows no bounds.

Honestly, if people in Maryland want to buy unpasteurized mild from an Amish dude in Pennsylvania, who gives a crap?!?! The Feds, that’s who. Because you will do what they say. You got that?