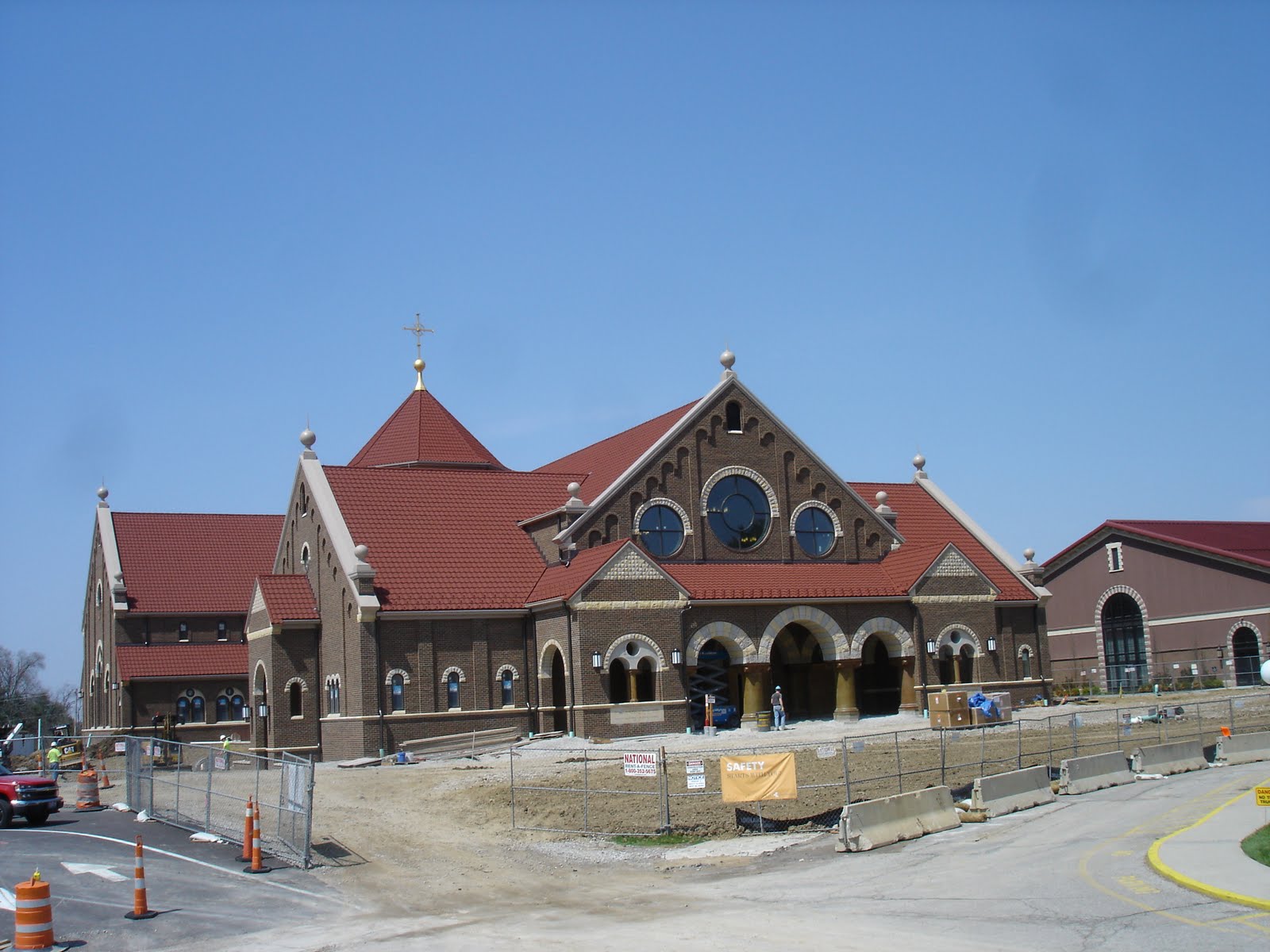 I have had the good fortune to play a very minor consulting role in the new Catholic church of St. Paul the Apostle in Westerville, Ohio, which will be dedicated on June 29th. Its architect, David Meleca of Columbus, has been something of a “sleeper” in the field of new Catholic church design. Though less well-known than some of the church architects centered at Notre Dame, his portfolio list an impressive body of traditional church design. CMR readers may remember him as the architect of St. Michael the Archangel Church in Kansas, chronicled here.
One of the distinguishing features of Meleca’s work is a highly synthetic approach to combining the classical tradition with the liturgical requests of today’s mainstream clients. Some purists are not happy with three-sided seating plans common to Meleca’s work or the placement of the altar in the center of a church crossing, and that is a legitimate point for debate. But his work has brought the highest standards of traditional design to parishes desiring engagement with the great tradition of Catholic architecture, even if they may not see themselves as “traditionalist” in outlook. Meleca’s churches also show great attentiveness to design of details. Meleca and his trusted associate, Tom Linzell, design altars, baptisteries, ambos and even chairs to make one coherent unit.
At St. Paul the Apostle, Meleca began with an Italianate Romanesque mode, dominated by brick with stone detail. A large octagonal crossing dominates the roof line and is centered over the altar itself.
The parish asked for an unusual design feature. With the altar at the center of the crossing, they wanted a small chapel in the rear for private prayer before the Blessed Sacrament. At the same time, they wanted this chapel-like are to be part of the interior of the church itself. In response, Meleca’s firm turned the traditional semicircular apse into half of a small chapel, then formed the other half with a ring of columns topped by an entablature. So the “chapel” is both enclosed and permeable. Everyone in the church will see the reserved Sacrament, yet can also “enter” this chapel outside of Mass times to pray privately. It is a new thing; time will tell how well it will work in the parish’s life.
Notable too in the computer rendering of this chapel is the fully-developed iconographic program on the rear wall based on Romanesque and Early Christian models, themselves based on biblical precedent showing the New Heaven and New Earth from the Book of Revelation. More details on that to follow in coming days, as well as examples of remarkable craft in the altar and baptistery.