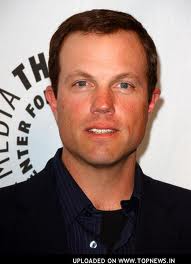 I can’t believe I forgot to mention this before. Any of you watch “Chuck?” It’s a spy show about a nerd who becomes a spy. It’s funny with some action. Not really for kids though but I enjoy it.

Anyway, Adam Baldwin is in it. And as some of you know, he’s a pretty conservative guy. (He retweeted CMR once so we’re practically peeps.)

In a recent episode Baldwin’s character, Col. John Casey, is asked about preparing and planning for a mission.

Casey says: “Readiness, like life, begins at the point of conception.” I nearly fell out of my seat. I couldn’t believe I heard what I heard. But that’s awesome. Casey is typically good for a few hippie jokes here and there but that pro-life line was great.

What makes me extra happy is that the one time a television show breaks from liberal orthodoxy in years and libs freak. Message boards lit up calling it a “low point” or “just weird” or “The abortion throw out was not relevant and not needed.”

Hey, any time pro-choice libs are mad, I get happy. I know it’s shallow but…yeah.

And the star of Chuck, Zac Levi, is a pretty committed Christian. We wrote a post on it a while ago. You can check that out here.