Homeless Man Runs Contest To See Which Religion Gives Most 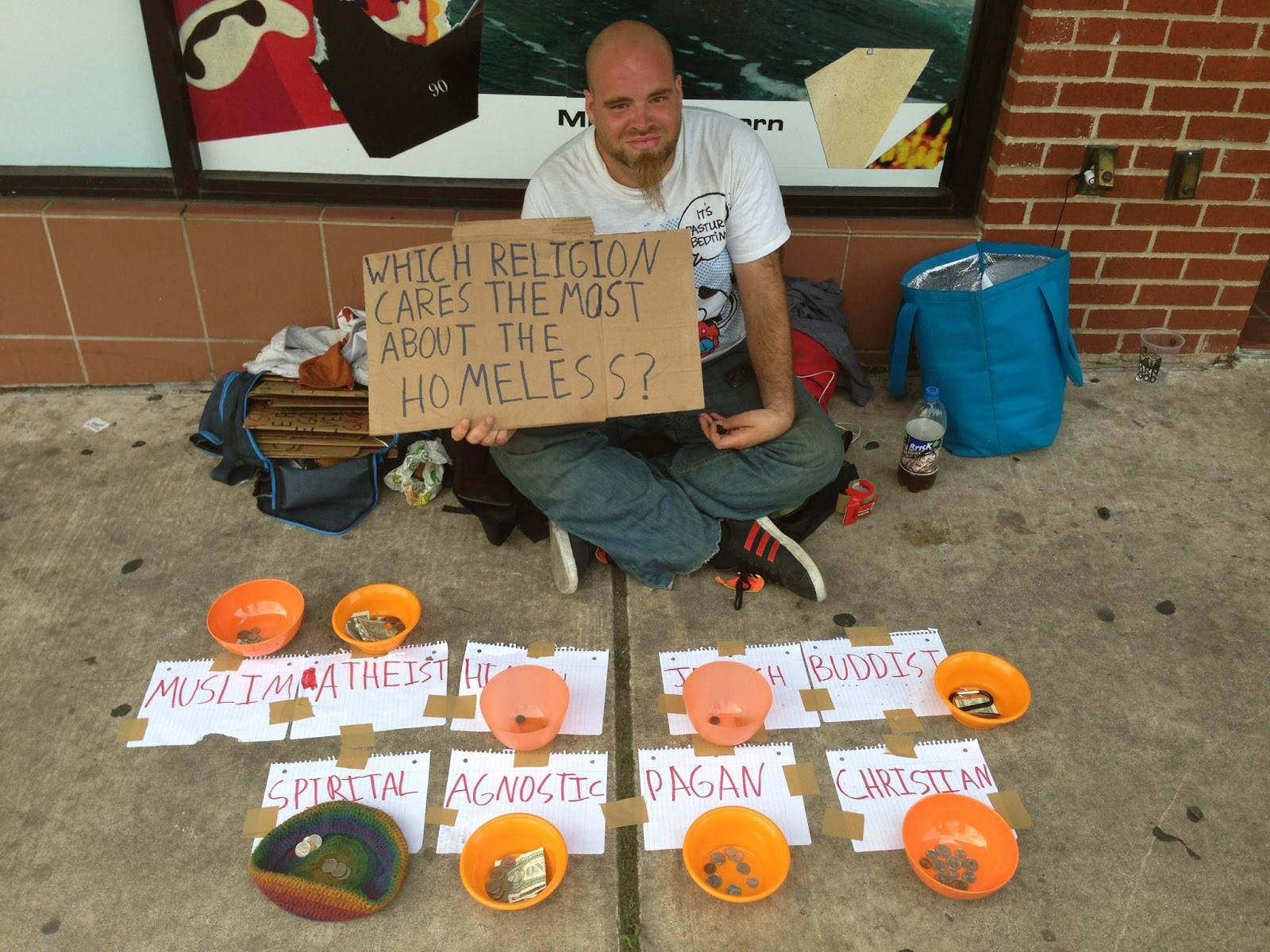 The HuffPo is gleefully reporting a story about a homeless man’s stunt that attempts to shame people into giving him money.

In the picture, which has since gone viral on Reddit and Imgur, the man, who appears to be homeless or transient, is sitting on a sidewalk and holding a sign that reads, “Which religion cares the most about the homeless?” Arranged in front of him are eight small, plastic bowls and a hat, each labeled with different religions and filled with varying amounts of change. Although we can’t say for sure how much money is shown in the photo, the bowls labeled “atheist” and “agnostic” seem to be the fullest.

Well that proves it right there. Atheists are just better people, I guess. At least that seems to be how it’s being reported. The thing is, if I saw that dude with the bowls and the signs I’d see through it right away.

I have a question though. What is “good” to an atheist? I never know how they come upon their definition. So many simply seem to adopt so much from Christianity in defining good.

But getting back to this dude. If I were walking by him I wouldn’t give. It’s a scam he’s running. He’s attempting to inspire some form of tribalism to increase giving. I’m not going to give money because the reputation of Christianity is on the line. I give to those who seem to need, not those who are playing an angle on me.

Kudos to the guy however for including atheism as a religion.