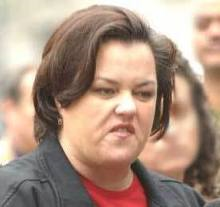 An offended lesbian landed a street preacher in the hoosegow in the UK. You see, that’s all it takes nowadays. At least back in the days when Peter and Paul were running around Rome you had to say something to offend Caesar to get arrested. But nowadays everyone is Caesar. And if any of our precious Caesars are offended, call for the lions.

A Christian street preacher was arrested and jailed last week in England after he was accused by a lesbian bystander of engaging in hate speech against homosexuals.

The incident occurred on Thursday while evangelist Rob Hughes was preaching on the streets of Basildon, Essex.

As he spoke, Hughes was approached by police, who advised that they had received a complaint that Hughes had engaged in hate speech by preaching against homosexuality. Police advised that such speech was a violation of the Public Order Act, Section 5, which bans “threatening, abusive or insulting words or behavior, or disorderly behavior” or the display of “any writing, sign or other visible representation which is threatening, abusive or insulting” within earshot of sight of a person “likely to be caused harassment, alarm or distress thereby.”

As Hughes was interviewed by police on street, his friend, Andrew Noble, was also interrogated by officers.

“Did you say that homosexuality is sinful?” Noble remembers the police inquiring.

“I don’t think we said that today, but it is something that we would say,” he replied.

Noble told Christian News Network that a lesbian bystander had lodged a complaint against Hughes’ speech and falsely accused him of speaking against homosexual behavior.

Hughes was arrested on the street and transported to the local jail, where he was then fingerprinted and held in a cell.

I know there’s a great deal of talk about whether Christians are being “persecuted.” Well, Christians all over the globe are being killed and churches are being burned. So they say that Christians in the west aren’t really being persecuted, it’s just the growing pains of a more inclusive society. Funny, how a commitment to inclusiveness keeps putting Christians on the outs.

In the West, are Christians being killed? No. But Christians are losing their right to run a business and they’re being thrown in jail for being Christian. That’s more than inconvenience. A lot more.

Craig James, a sports analyst was just fired for saying during a campaign debate that gays would “have to answer to the Lord for their actions.” He was fired by Fox Sports for that.

A Christian bakery closed its doors citing “mafia tactics” from some after they refused to bake a cake for a same-sex wedding.

I don’t know how anyone could possibly predict that it’ll get easier to be a Christian in the near future. But Christianity has a funny way of spreading in times of persecution. The world seems to be growing darker. The light of Christianity will shine brighter.