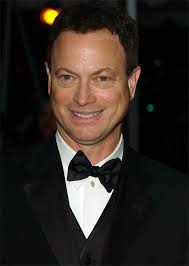 We don’t often look to Hollywood to be inspired anymore. But actor Gary Sinise is a true inspiration. He’s traveled to both Iraq and Afghanistan to play for the troops and now he’s back in the states holding a concert to raise money to build a smart home for a wounded veteran.

Sinise plays bass for the Lt. Dan Band, the aptly named band he formed to raise money for veterans. It has partnered with the Gary Sinise Foundation and the Tunnel to Towers Foundation to contribute to the Building America’s Bravest project.

The project builds smart homes for wounded warriors like Cpl. Christian Brown, who lost both of his legs in December 2011 after stepping on an IED. The Lt. Dan Band played in Memphis on Saturday to raise money for Cpl. Brown’s home, which will feature accommodations such as automated doors, wheelchair-accessible spaces, and iPad-controlled electronics.

Cpl. Brown said it’s frustrating to not be able to easily do some small things that most people take for granted. He said, “You wish things could be easy and jump up and do things like everybody else. (The smart home) is going to help me with the transition.”

“Part of what I try to do is just draw attention to those we should always remember and never take for granted — our defenders,” said Sinise at a fundraiser recently. “If shining a spotlight on me can shine a light on them and their service and what they go through on a daily basis, then that’s the way that I can give back and serve.”