Hans Kung Wants to Save the Church. So He Compares it to Saudi Arabia 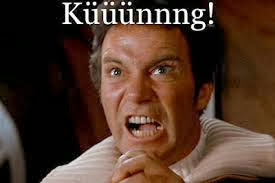 The HuffPo has an excerpt from Hans Kung’s new book. You’ll never guess the title. Actually, if you’re familiar with how highly Kung sees himself you can probably guess. It’s called “Can We Save the Catholic Church?”

Imagine the hubris. Jesus Christ said the gates of hell would not prevail against the Church but Kung thinks that he and his heretical homies have to save it.

And on top of that, he compares the Vatican to the monarchy of Saudi Arabia.

The Arab Spring has shaken a whole series of autocratic regimes. With the resignation of Pope Benedict XVI and the election of Pope Francis, might something like this be possible in the Catholic Church as well – a ‘Vatican Spring’?

Of course, the system of the Roman Catholic Church is quite different from those prevailing in Tunisia and Egypt, to say nothing of the absolute monarchies like Saudi Arabia. In all these countries, the reforms that have taken place until now are often no more than minor concessions, and even these are often threatened by those who oppose any progressive reforms in the name of tradition. In Saudi Arabia, most of the traditions, in fact, are only two centuries old; the Catholic Church, by contrast, claims to rest on traditions that go back twenty centuries to Jesus Christ himself.

Is this claim true? In reality, throughout its first millennium, the Church got along quite well without the monarchist–absolutist papacy that we now take for granted. It was only in the eleventh century that a ‘revolution from above’, started by Pope Gregory VII and known as the ‘Gregorian Reform’, gave us the three outstanding features that mark the Roman System to this day:

• a centralist–absolutist papacy;
• clericalist juridicism; and,
• obligatory celibacy for the clergy.

You know, if I didn’t know any better I’d start thinking that Kung didn’t like the Church very much at all. So why does he want to save it so much? I think he means “transform it” into his own image. I think he’d be better off writing a book, “Can Hans Kung be Saved?”

I guess all that’s left to say is…