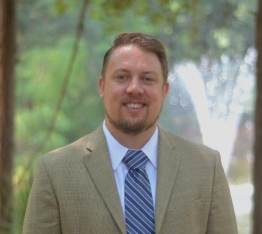 I have said many times that for transhumanists to have their technological utopia on earth, they need to sell Christians on the idea that radically changing ourselves into something other than human is part of God’s
plan for us.

There have been more and more articles on how Christians need not be wary of transhumanism. We are told we need to be part of the movement so that we are not left out of the conversation. In essence, we are told we need to make friends with the devil so we can have his ear.

I found the latest at Christian Post this morning. Rev. Christopher Benek, associate pastor of Family Ministries and Mission at First Presbyterian Church in Ft. Lauderdale, wrote a post titled, “Why Christians Should Embrace Transhumanism” where he argues that we should not take the term “transhumanism” so literally:

Much of the distress about transhumanism by Christians in the past surrounds its proponent’s vocal Atheistic attempts to define the prefix “trans” in ways that advocate individual enhancement through technological means to become “post” human. Many of these perspectives tend to lend themselves to the narcissistic hubris associated with Nietzschean self-actualization that forsakes the needs of the whole of humanity in exchange for self-glorification and exclusive personal gain. Anyone, with even the slightest sensitivity to past events in world history, can appreciate why those who advocate peace and justice would not want to support such behavior. It is understandable then, why Christians have appropriately reacted with caution and concern.

And while certainly such trepidations are not without legitimacy, there is larger concern that should be considered. Mainly that, by not embracing transhumanism, Christianity may be “throwing out the baby with the bathwater.” That is because the aforementioned interpretation of transhumanism is not the only or legitimate understanding of what the movement is or could be in the future.

For instance, a more nuanced meaning of the prefix “trans” is one that implies traversing “across” the scope of what it might mean to be human. Such an understanding does not signify a forfeiture of our humanity but a collective bettering of it. This view of transhumanism thus empowers Christians to advocate for the development and utilization of technology for the intentional goal of participating in Christ’s redemptive purposes for humanity and all of creation.

His interpretation of “trans” may mean “across,” but I guarantee that is not what self-identifying transhumanists think. They want to be “post” human. Their goal is to radially change what God created in His own image. Analogously speaking, Benek seems to be arguing that you can and should become a communist even if your definition of communism is totally different from the rest of the party.

Then Benek makes what I find to be the most insidious and misleading slight of hand. Like most proponents of transhumanism, he confuses therapy with enhancement:

Moreover, as we are living in the highest point of technological development in human history, followers of Christ have a moral responsibility, as good stewards, to help guide the direction of this exponential technological growth for the betterment of humanity and the world. It has always been the goal of Christians to care for and heal the sick, give sight to the blind, help deaf to hear, the lame to walk, give voice to the mute and guide persons toward holistic betterment in community. Disease (Cancer, AIDS, Ebola, Alzheimer’s, Malaria etc.) and death are humanity’s enemies and, in and through Christ, using the technological gifts that we have been given, Christians should continue to work diligently to better humanity by overcoming them. Transhumanism shares all of these technological goals, and as such, Christians should embrace it.

What Benek describes is medicine not transhumanism. This is the typical trap. If you are for progress in medicine then you are for transhumnaism. Except they are not even close to the same thing. Giving sight to the blind, helping the deaf to hear, and giving voice to the mute are therapies intended to bring back what is normal human function. Transhumanists don’t want to stop at therapy. They want the same technology applied to otherwise healthy bodies…normal eyes plucked out and replaced with digital cameras, for example. I can embrace medicine without becoming a transhumanist. Just because we Christians “care for and heal the sick” does not mean we support a movement that wants to “upgrade” the already healthy.

Enhancements are by nature coercive. Just like in sport, once one person takes their healthy body (or that of their child) and starts to invasively augment it, then everyone else is pressured to do the same or be left behind. Once we start enhancing we will create a biological arms race where ever more upgrading will be needed to order to avoid becoming obsolete.

Benek either is unaware or conveniently fails to mention the reality that enhancements will create a two-tiered society where the enhanced will rule over the unenhanced. Francis Fukuyama, economist at the Johns Hopkins School of Advanced International Studies, believes the first victim of transhumanism will be equality among men. Dignitas Personae warns us that genetic enhancements threaten the well-being of humanity. It states:

27. The question of using genetic engineering for purposes other than medical treatment also calls for consideration. Some have imagined the possibility of using techniques of genetic engineering to introduce alterations with the presumed aim of improving and strengthening the gene pool. Some of these proposals exhibit a certain dissatisfaction or even rejection of the value of the human being as a finite creature and person. Apart from technical difficulties and the real and potential risks involved, such manipulation would promote a eugenic mentality and would lead to indirect social stigma with regard to people who lack certain qualities, while privileging qualities that happen to be appreciated by a certain culture or society; such qualities do not constitute what is specifically human. This would be in contrast with the fundamental truth of the equality of all human beings which is expressed in the principle of justice, the violation of which, in the long run, would harm peaceful coexistence among individuals.

It is true that medical progress means human life extension, but death is still inevitable…except to the transhumanist. They don’t just want to extend human life; they want to live forever. They want to “solve the problem of death.” This alone should make Christians wary. What better way for Satan to deny us what Christ won for us on the Cross, a place at our Father’s table for eternity, than to convince us we should live in this flawed and limited world forever?

It is not the fact people are trying to sell transhumanism to Christians that bothers me.  It is the fact that I don’t think Christians are well-versed enough in their own faith to realize they are being sold ocean-front property in Montana.

“Christian transhumanism” is an oxymoron.

He is absolutely right.