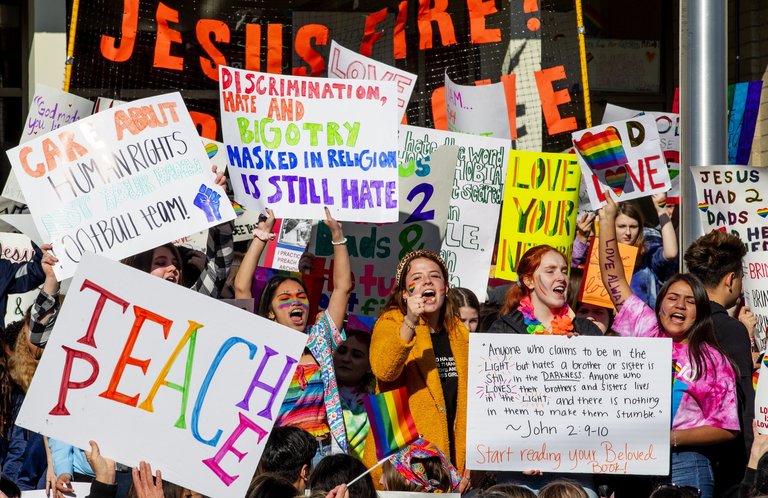 Students at a Catholic school protested the diocesan decision to fire two openly gay teachers. They said they didn’t understand why the Church would do this. Oh, the poor confused students.

Hmmmm, if only there were an institution created to educate young people about the teachings of the Catholic Church. Oh wait.

For a few hours Tuesday, rainbow-clad crowds of Catholic-school students, alumni and parents covered the entrances of the Seattle Archdiocese offices in Capitol Hill and John F. Kennedy Catholic High School in Burien.

They protested the abrupt departure of two teachers at Kennedy Catholic, who they say were forced to quit last week because of their same-sex relationships. A letter sent to parents from the school’s administration said the “highly capable” teachers “voluntarily resigned,” but did not mention why. So far, no one with firsthand knowledge of the situation has confirmed either account.

You had me at “rainbow clad crowds.”

Step one: Take a very serious look at the theology teachers at these institutions. Because these students don’t seem to understand very basic teachings of the Catholic Church.