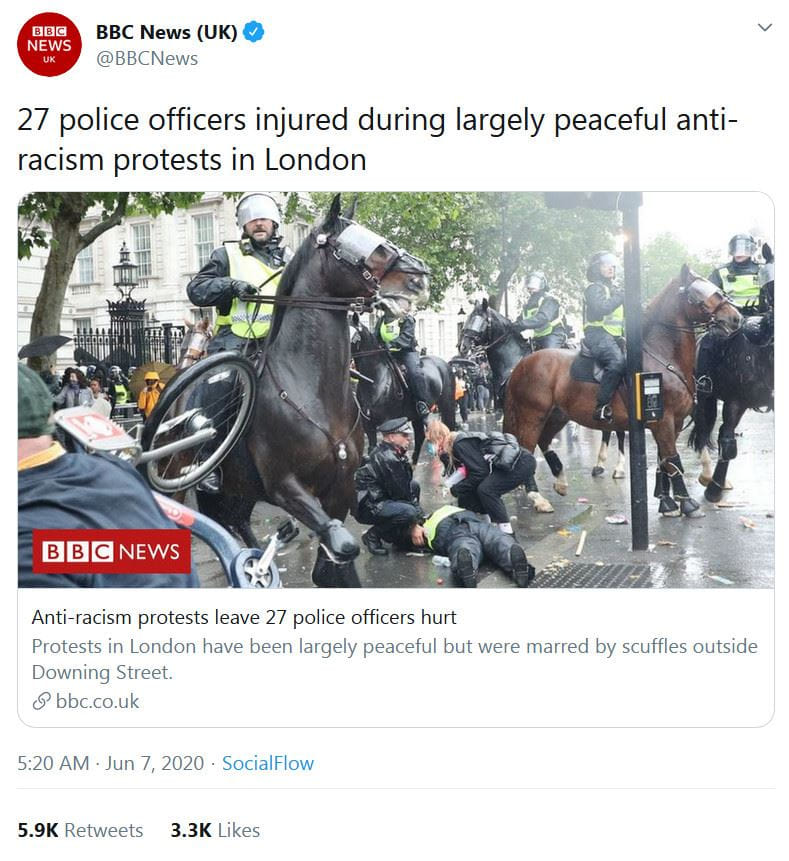 Actually, it’s kind of insulting. How stupid to they think we are?

Remember Alie Velshi of MSNBC telling us that the protests were “NOT UNRULY!!!” while standing in front of a burning building.

Just two weeks ago, CNN’s Chris Cuomo was calling people who gathered during this Coronavirus “Fools!!!” But now we’re fools to not join in the protests. Worse than fools. Racists. Part of the problem.

It’s a little funny that the media goes silent when mostly black people gather to protest when the media had just been warning about the dangers of gathering for weeks before. Is it because the media views those people as sacrifices to the leftist OMB cause. Is their silence racist?