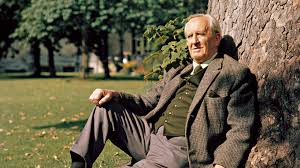 Amazon has the rights to the “Lord of the Rings.” Word has it, they spent $1 billion to get them. So they really want to make their new series a success. But instead of taking a cue from Tolkien who created the most loved series of books of all time or from Peter Jackson, who directed the wildly popular films, instead they’re going to go a different way with it.

The series is apparently going to take place in Middle Earth before the events of the Lord of the Rings. Maybe before Middle Earth invented clothes.

According to TheOneRing.net, the casting agency put out an open call for actors who “must be comfortable with nudity.” This won’t be some passing thing either. The studio actually hired an “intimacy coordinator,” and a writer and producer from “Game of Thrones.”

1) Identify a respected institution.
2) kill it.
3) gut it.
4) wear its carcass as a skin suit, while demanding respect.

That is what they do.

Tolkien’s books are beautifully written. They reveal greater layered truths about humanity, life, purpose, prayer, and the meaning of death through a Christian prism. In “The Return of the King,” Sam says, “There’s some good in this world, Mr. Frodo. And it’s worth fighting for.”

We should fight for the world Tolkien created. It is a remaining glimmer of hope in our otherwise bleak and God-less culture. If the series becomes secularized and sexualized by the left, Tolkien fans should register their displeasure by not watching it. Tolkien fans have an obligation to “defend” the popular and culturally influential Tolkien legacy against, as he said, “the malice of its enemies.”

My son is a Lord of the Rings…nut. Yeah, that’s the word I’d use. He’d probably say “afficianado” if he knew what that word meant. But he’s a nut. He doesn’t go around speaking orc but he has a darn good Smeagol imitation and will argue at length about why the Eagles never would’ve made it to Mount Doom.

But I’ll have to tell him that he can’t watch the Lord of The Rings because people who can’t create, decided to  tear down something that means so much to so many. And why? They want to do it because they believe that’s what makes money, garners buzz. And they’ll get no blowback for it because the secular media elites will rejoice about tearing down what was once a Christian institution. That’s their favorite pastime. The worst part is all the Christians who will pay to watch it an explain to us how this is still very much the same. and we should look past all the rapey sex and see Tolkien’s vision realized…in just a different way. They’ll say that if Tolkien had lived now, this would surely be his vision as well.